Attorney and former city councilmember Eric Mikkelson will return to the Prairie Village governing body in January as the 12th mayor in city history.

Mikkelson finished with the widest margin of victory among all the races in the Shawnee Mission area Tuesday by defeating current Ward 2 city council member Serena Schermoly. Mikkelson ended the night with 8,193 votes to Schermoly’s 3,776 votes in the unofficial final tally released by the Election Office on Tuesday night, or a margin of 64-30. (A total of 705 Prairie Village residents, or about 6 percent of the total eligible voters in the race, did not cast a vote for either candidate).

Mikkelson said Wednesday morning he was very happy with the result, though not necessarily surprised.

“Increasingly through the race, we were getting very favorable reception at the door,” he said. “I think we connected with the residents on the issues that we ran on. And that was managing teardowns, fiscal responsibility, expanding bike and walkability and our parks.”

Mikkelson said he believed the teardown-rebuild issue, in particular, was a deciding factor for many voters. Mikkelson had been a vocal proponent of the second phase of home design guidelines the city council approved last month. Schermoly was one of two members of the council to vote against them, and had accepted support and donations from members of the Kansas City Home Builders Association, who organized opposition to the regulations.

Mikkelson said he had received a “gracious” call conceding the election from Schermoly Tuesday, and that the two had “pledged to continue working together where we share common ground.”

“We are both committed to doing that in the future, and I hope that I can work with any of her supporters who show similar good faith.”

Schermoly’s first term on the city council is set to expire in January 2020, and her seat will be up for election next fall. She was endorsed in the race by sitting councilmembers Andrew Wang, Sheila Myers, Brooke Morehead and Ted Odell. 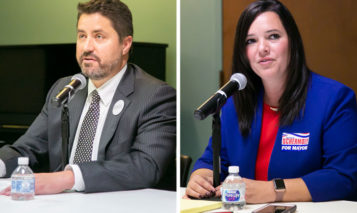 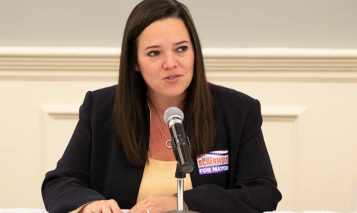 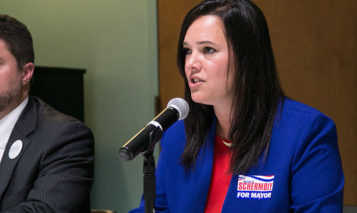 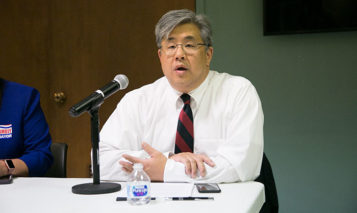