The top-of-the ballot race in Tuesday’s elections will be for the Kansas 3rd Congressional District, which has been represented by Republican Kevin Yoder since 2011.

Yoder faces first-time Democratic candidate Sharice Davids as well as Libertarian Chris Clemmons, who ran for the seat back in 2014.

Here’s a quick look at their biographies:

Education: University of Kansas for both undergraduate and law school.

Occupation: Yoder worked in private practice as an attorney in Olathe after getting his law degree in 2002.

Elected experience: Yoder was first elected to a seat in the Kansas House representing parts of Overland Park and Leawood in 2002 and served until he was elected to Congress in the fall of 2010.

Education: Davids attended Johnson County Community College and Rockhurst University before taking a bachelor’s degree from the University of Missouri at Kansas City. She received her law degree from Cornell Law School.

Occupation: After graduating from law school she worked for two years at Sonnenschein Nath & Rosenthal LLP (now called Dentons) in Kansas City. She then moved to South Dakota where she worked in an economic development role in the Pine Ridge Indian Reservation. She was a member of the 2016-17 class of White House Fellows. 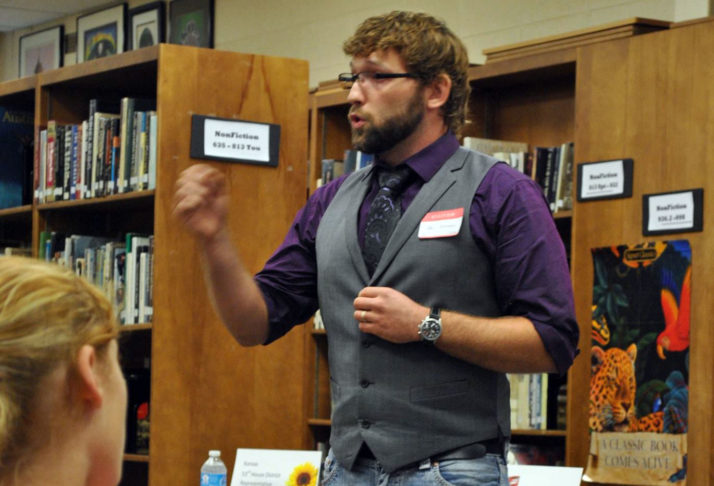 Education: Clemmons received his undergraduate degree from the University of Kansas in 2011.

Occupation: Clemmons is a science teacher in the Kansas City, Kan., School District. He started his career at Patton Junior High School in the Fort Leavenworth School District.

Yoder and Davids participated in a single debate, which was organized by Fox 4, KCPT and the Kansas City Star, during the campaign. Clemmons was not invited to participate. Video of that debate, which took place last week, is below: