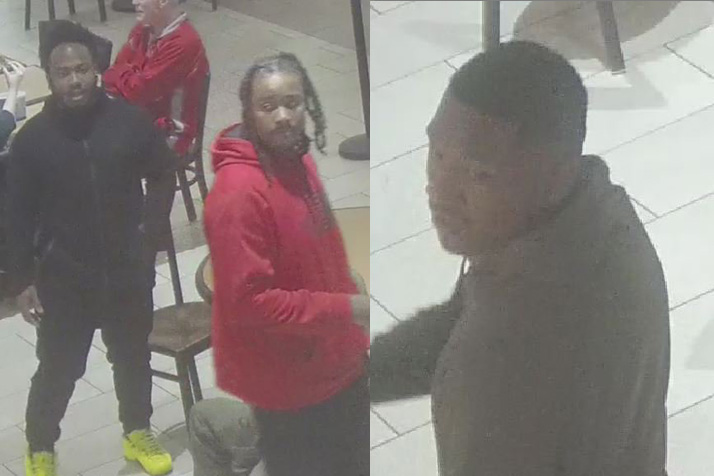 “The Overland Park Police Department needs the public’s help to identify three persons of interest in regards to the armed disturbance which occurred on Friday, Oct. 26 at Oak Park Mall,” read a release issued by Captain James Sutterby of the Investigations Division this afternoon.

Anyone with information about the men or their whereabouts should contact the TIPS Hotline at 816-474-TIPS.

Information released by the department after the shooting suggested investigators had identified the suspected shooter, but that he had not been apprehended.