A popular Overland Park destination for authentic South American fare is closed over tax issues with the state of Kansas.

El Porton Cafe, which was known for its traditional arepas, empanadas and pabellon, has been dark for a month now. A sign in the window from the Kansas Department of Revenue says that “this property has been seized for nonpayment of taxes and is now in the possession of the state of Kansas”: 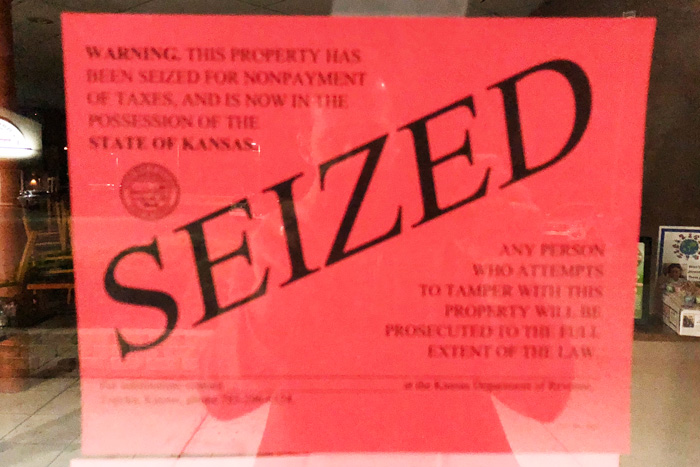 A spokesperson for the Kansas Department of Revenue said the tax warrant was executed on Sept. 25 with KDOR and Johnson County Sheriff’s Department agents seizing the business’s assets.

“The types of assets seized include all known bank accounts, on-site cash, business inventory, as well as personal property belonging to the owner,” reads an announcement from KDOR. “The business was sealed closed with a public notice posted on the outside. All seized assets will be sold at public auction and the proceeds will pay for the delinquent taxes.”

KDOR says that its “policy and practice is to work with taxpayers in delinquent status to voluntarily enter into repayment agreements. It is only after these efforts and multiple failed collection attempts that the Department is forced to execute a tax warrant, utilizing such actions as bank levies, till taps, and ultimately asset seizure to ensure compliance with the law.”

Owner Jose Garcia, a four-decade veteran of the restaurant industry, opened the small restaurant in the Fox Hill Shopping Center near I-435 and Roe Avenue in 2010 and built up a loyal following of diners looking for the flavors of Garcia’s native Venezuela and neighboring countries.