We continue today with the county commission candidates’ responses to our questionnaire.

Late last year, the board of county commissioners voted not to renew the contract of CountyManager Hannes Zacharias. Was parting ways with Zacharias the right move for Johnson County? Why or why not? 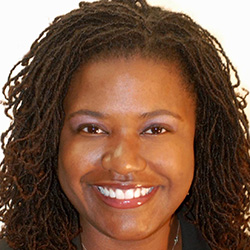 It is a tough decision to terminate or non-renewal an employee under any circumstances. From a private sector perspective, I had witnessed and been in a position to have to terminate high performing employees. The detailed reasoning for non-renewal is of Hannes Zacharias’s contract is not for public knowledge and protected under HR guidelines. In my opinion, letting Zacharias contract expire was good if some of the commissioners were not supportive of him, which by the vote, that must have been the case. His continued employment may have been met with discord by some board members. Hannes was and is very capable and did do a lot for the county, but when an impasse happens, it can negate a lot of positives. I do feel promoting Penny Postoak Ferguson was a good choice. She has the experience and knowledge of county operations. 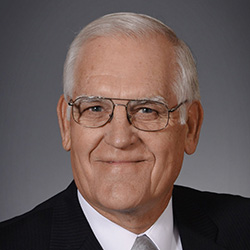 I opposed the majority of the commission’s decision to not renew the contract of Hannes Zacharias as county manager. During his time as county manager the county had received many awards and recognition as an outstanding organization. Working with the commission, Hannes had directed the county through the “Great Recession” of falling property values and declining revenues without raising the tax levy. Employee positions were reduced by early retirement and not filling vacancies. His overall job performance argued in favor of his contract being extended but the commission majority chose not to retain him. Following that final decision, my responsibility was to make sure that the county as an organization continued to move forward and continue to provide a high level of service. That was accomplished by naming Deputy County Manager Penny Postoak Ferguson as the interim manager and following the completion of the budget she was named the County Manager. Ms. Postoak Ferguson is very talented and a true professional. I look forward to working with Penny. 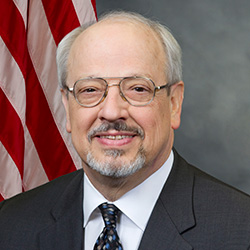 I was a strong supporter and advocate to retain Hannes Zacharias. I felt he brought a wealth of institutional knowledge and a long history of public administration expertise to our county. He was an award-winning manager and still remains in high regard by his peers across the state and country. He brought credibility, stability and expertise to the position and saw us through some lean years during the recession. However, the County Manager serves at the pleasure of the Board of County Commissioners. There was a faction of the BOCC who believed it was time for a change, without much more explanation than that. I voted to retain Zacharias as our County Manager, but my vote fell short of the majority by a vote of 3 to 4, the outcome being one of my most disappointing as an elected official. 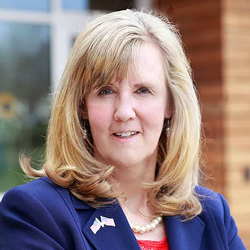 Many Johnson Countians were shocked when the Board of Commissioners decided to oust its county manager Hannes Zacharias with little explanation. Hannes had just been named the Outstanding Public Administrator of the year by the American Society for Public Administration and worked for Johnson County since 2001.

Over the years – I had the good fortunate of working directly with Hannes Zacharias in my capacity as Roeland Park City Council President and as Constituent Services Director for Congressman Dennis Moore. Hannes was also a regular presenter in my public policy classes when I was working toward my master’s in public administration and social work from the University of Kansas.

I would have not supported the decision to discontinue Mr. Zacharias’ contract given my years of experience of working with Hannes. Under his leadership, the county had earned national recognition for programs ranging from juvenile justice to parks and recreation.

I would have been a strong voice against the motion. In addition, I would have not sat at the dais in silence as my opponent did saying nothing to meditate the differences that could have possibility brought consensus to renew Hannes’ contract. County commissioners must do more than simply cast votes they must be willing to advocate for county staff and the issues of importance to our citizens. Educating citizens on important issues is critical to good representation. Many heard nothing of the role of our county manager and his excellent performance until he was gone. In fact, District 1 residents received no e-mail communications from our commissioner until just this month. 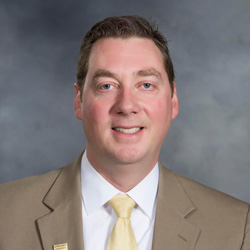 It was the right move.

Part of the decision not to renew Hannes’ contract falls under personnel issues which by advice of Legal Counsel we have been asked not to talk about, but there is a business case for not renewing his contract.

Below is a partial list of what our new manager Penny Postoak-Ferguson has accomplished within the last year. Some of these items have been requests by commissioners for years. 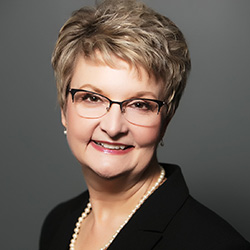 Like many Johnson County residents, I was alarmed when four Commissioners, including my opponent, suddenly voted to fire our award-winning County Manager last year. I agree with Ed Eilert, Commission Chair, when he stated that “…I do not agree with the decision and believe it is not the correct action for our county commission to take.” More than anyone else, the County Manager was responsible for making Johnson County the great place it is to live today.

This was just the latest example of my opponent looking to take Johnson County in a different direction, He has been unwilling to explain his vote and he has failed to share a vision or plan for the future. He has voted against public safety and investment in parks and libraries. I have worked in this community for over 20 years, and I have the vision and experience to keep Johnson County on the right track: fair property taxes, good services and a great quality of life. 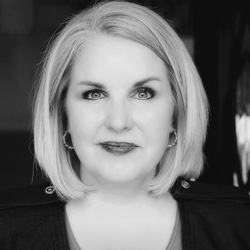 I was disappointed with the non-renewal of Hannes Zacharias as the County Manager for Johnson County. Under the leadership of Hannes, our county has thrived and prospered. While I have no access to any of the executive session information, I feel as if the extremely limited rational that was shared about the non-renewal was rooted in partisan politics…bringing Topeka-style politics to Johnson County government.

Transparency is a vitally important characteristic of any public servant. In my time on the Olathe School District Board of Education transparency has been a hallmark of my service. I would bring this asset to the JoCo Board of County Commissioners. 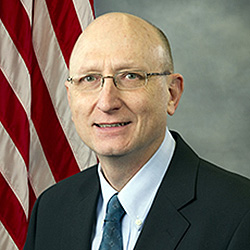 Governments are monopolies. They consume every resource available to them. And while they may produce desired program activities, they seldom do so efficiently. To combat this tendency, management must be constantly and consistently vigilant in demanding program performance based on value and not just revenue. Just because you have the money doesn’t mean you should spend it. I look forward to working with our new County Manager who values efficiency as much as activity.

Tomorrow we’ll have the candidates’ responses to item three:

Some areas have seen residential property valuations by the Johnson County Appraiser’s Office shoot sharply upward the past few years, leading to thousands of appeals cases. Are you comfortable with the rate of increased residential valuation in Johnson County? Should the county be taking any steps to mitigate property tax burden on residents?