Engineers and Prairie Village Public Works officials on Tuesday revealed their proposed fix to the growing flooding problems on Mission Road near the Village Shops.

The plan calls for construction crews to essentially eliminate the dip in the road that lets Brush Creek spill over the street and up against homes on the west side of Mission.

A cross section diagram presented at Tuesday’s open house meeting shows how raising the grade by approximately four-and-a-half feet would create a barrier that would keep the creek from threatening homes: 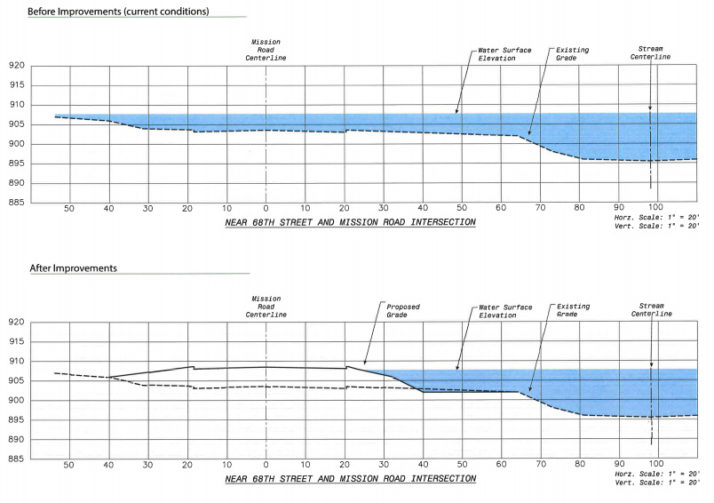 If completed, the project would largely alleviate the threat of flooding to seven houses currently in or adjacent to the flood hazard zone, which is marked by the yellow line in the diagram below. The new flood hazard zone would end at the east edge of Mission Road: 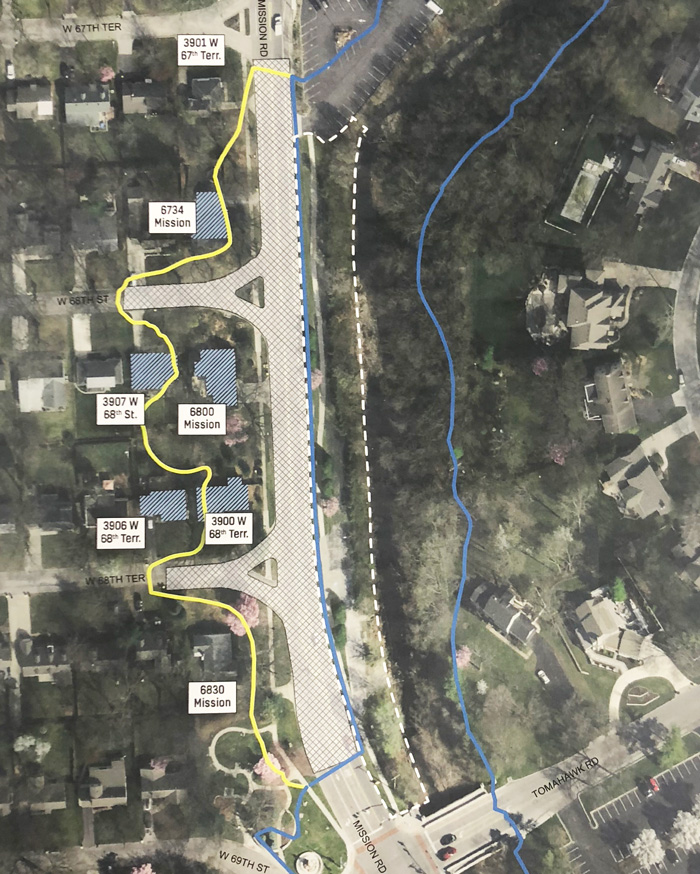 Engineers said Tuesday that the stretch of Mission that would be altered by the project is approximately 800 feet long.

The city also introduced a proposal to upgrade Schliffke Park, which sits adjacent to the creek north of Tomahawk Road, in conjunction with the road project. Currently, Schliffke Park is dominated by a narrow parking lot and has negligible recreation features. The park upgrade would replace that large swath of impervious surface with green space, picnic tables and a 10-foot wide trail:

Public works will consider feedback from residents on the plan before bringing the project to the city council for consideration in the coming months. The project, which would be eligible for cost-sharing for stormwater management, would be considered for inclusion in the 2020 projects plan. 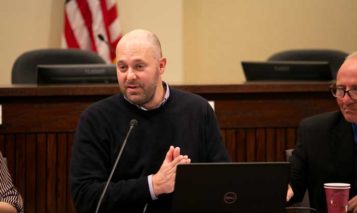