Chad Andrew Herring is highlighting the support of Prairie Village faith leaders for the proposed non-discrimination ordinance he and fellow Prairie Village City Councilman Tucker Poling will introduce on Monday.

The duo had planned to introduce the measure, which would provide legal protections for LGBTQ individuals in matters of housing, public employment, and service from businesses that are not provided under current state or federal law, last month. But an unexpected slew of late absence notifications forced the cancelation of that meeting due to a lack of quorum.

Now, with the proposed NDO set to come before the council for a first discussion Oct. 15, Herring is taking preemptive measures to dispel any notion that there is widespread objection to such ordinances on religious grounds. He posted letters of support for the Prairie Village NDO authored by leaders from five Prairie Village churches and one synagogue.

“These churches and religious communities join with the NEJC Chamber and the MainStream Coalition in supporting efforts to ensure that Prairie Village is a safe and welcoming place for all who come here to live, play, work or worship,” wrote Herring, who is a Presbyterian minister at The Kirk of Kansas City by profession. “If you hear that ‘people of faith’ oppose this ordinance, it is actually clear that many people of faith support equal access for all in public employment, housing, and accommodations.”

Mission is also considering a non-discrimination ordinance that would provide legal protections for LGBTQ individuals. Eight Mission residents spoke in favor of the ordinance when it was introduced at a committee meeting last week. Shawnee state Sen. Mary Pilcher-Cook and Eric Teetsel, president of Family Policy Alliance of Kansas, spoke against the proposal in Mission on the grounds of religious freedom for business owners.

The letters, which will be included in the Prairie Village city council meeting packet for Monday, are copied below: 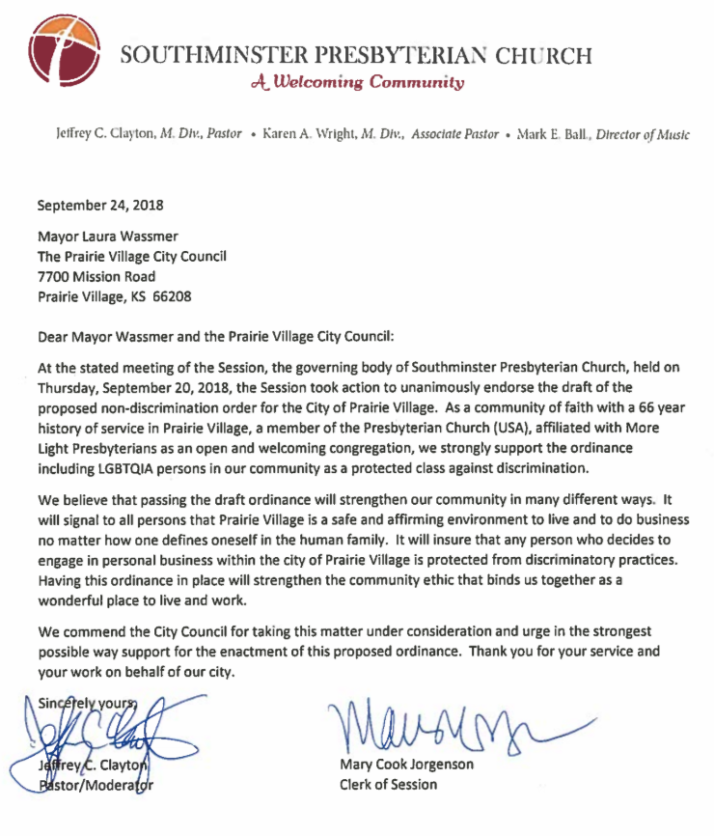 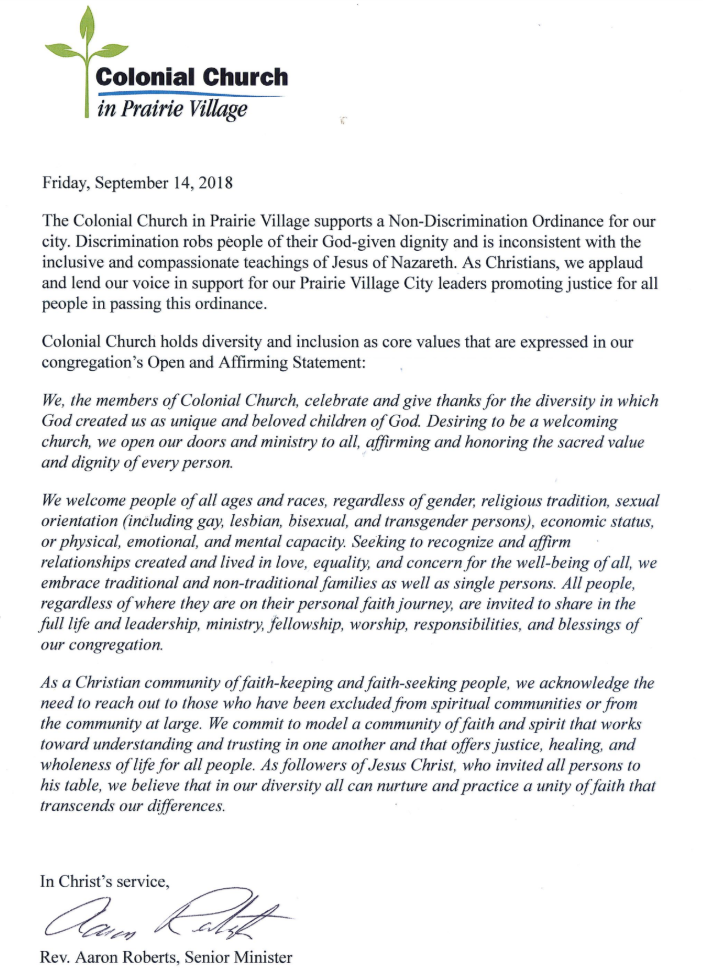 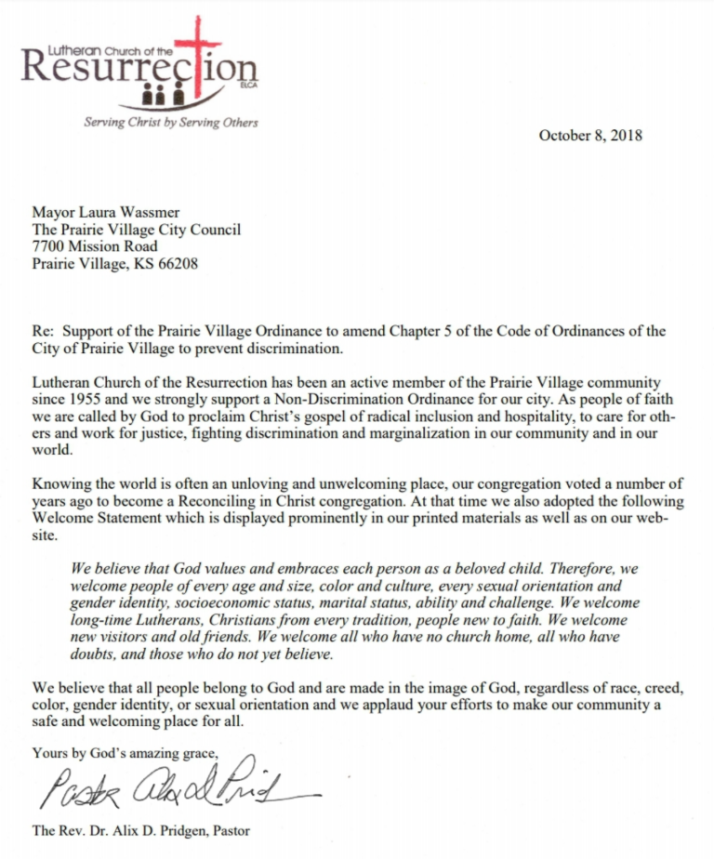 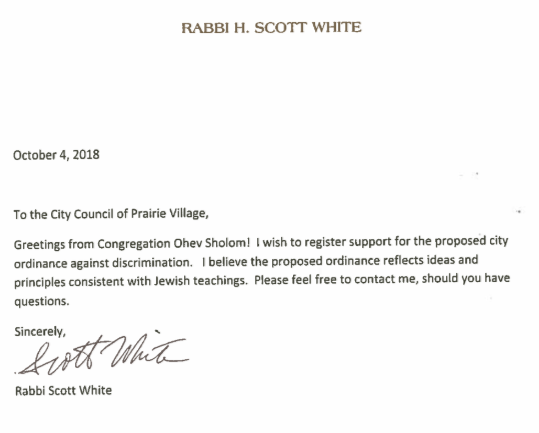 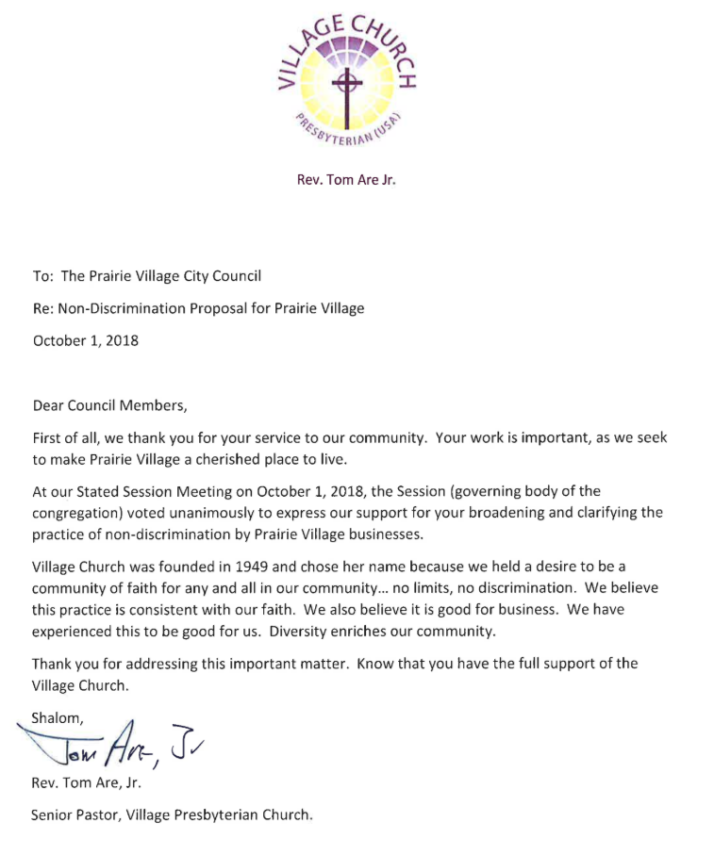 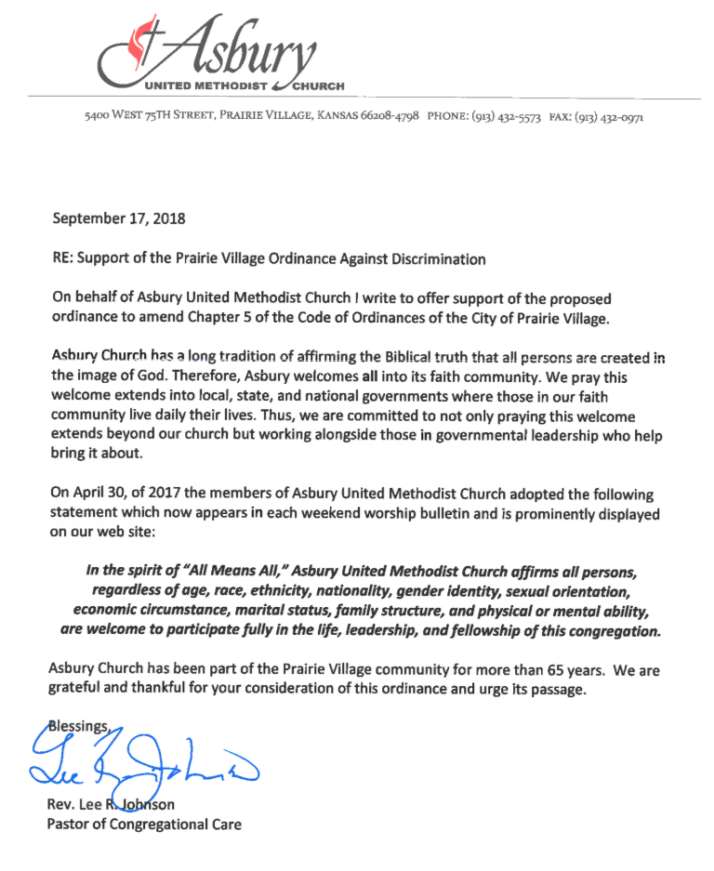