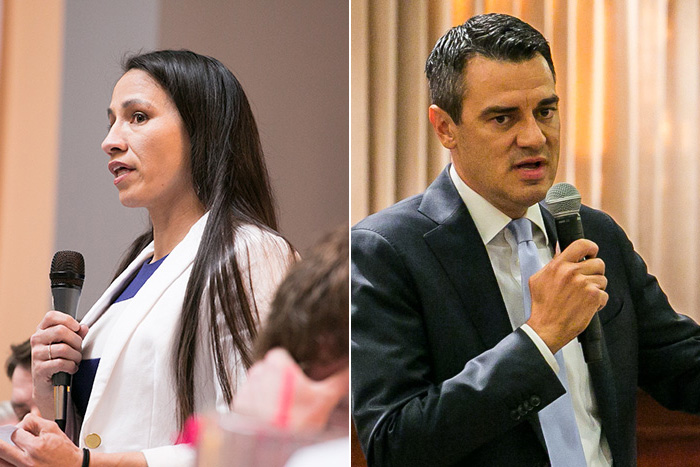 Yoder and Davids to debate at Bar Association forum today. Rep. Kevin Yoder and challenger Sharice Davids will both appear in person at a forum organized by the Johnson County Bar Association today. It’s the first time both will participate in campaign event together. Yoder has initially planned to participate remotely from Washington, D.C., but his office announced late Tuesday that due to the cancelation of a planned vote in the House he would be able to attend in person. The event is reserved for bar association members only, but will be open to the media. John Holt of WDAF will moderate the event.