Roeland Park is one step closer to revamping Roe Boulevard, the major corridor running north through the city.

Councilmembers got a first look at the preliminary design for the $8.2 million project. Engineers from GBA, a Lenexa-based engineering firm, presented the plan to the council during its Monday workshop.

If the preliminary plans get the green light, GBA engineers will begin the final design, coordinating and relocating utilities and finalizing plans, to be completed in fall of 2019. GBA anticipates beginning construction in early spring 2020.

“How do we make this a more pedestrian-friendly corridor and creating some buffer between the travel portion of the roadway where the cars are going and the sidewalk or multi-course trail?” said city administrator Keith Moody.

The preliminary design plan calls for removing the traffic signal at the entrance to Lowe’s and Walgreens. To enter the parking lots on either side of Roe Boulevard, motorists will need to use West 50th Terrace/Roe Lane or West 48th Street. Here’s a look at the proposed design for the interchange with Lowe’s on the west and Walgreens on the east: 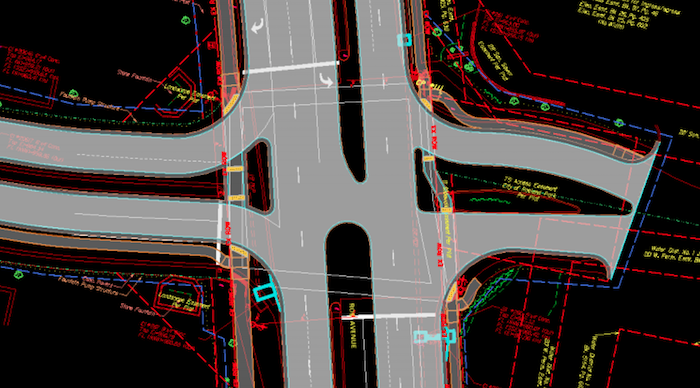 Ultimately, the intersections on Roe Boulevard from West 48th Street to West 57th Street will undergo the most noticeable changes, including:

The plan will also consider removing the traffic signal at West 52nd Street. Councilmember Tom Madigan said he thinks residents may disagree with that decision.

Permanent easements for sidewalks and traffic signals are required at some intersections along Roe Boulevard. Additionally, temporary easements for construction are necessary along the corridor as well. Moody urged the council to consult with property owners as soon as possible to make the easement-acquisition process run smoothly.

Madigan said he wants to keep residents and property owners informed before the project design becomes “a done deal.”

The council plans to discuss the project and consider approving the preliminary design plan at its Oct. 22 meeting.