After two devastating wildfires in Kansas in the past two years, Shawnee has decided to join the Kansas Wildland Task Force to pool resources with neighboring fire departments.

The Shawnee council agreed in a 7-0 vote to proceed with a memorandum of understanding between local fire response agencies in Johnson, Wyandotte and Leavenworth counties, including Olathe, District 2, Gardner and Kansas City, Kan. 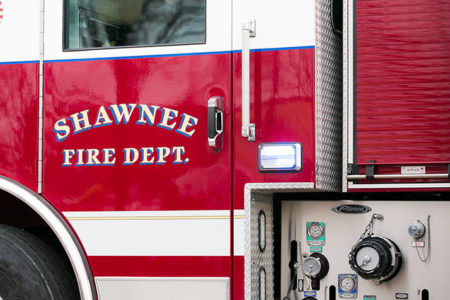 “Part of the disaster was the organization of the deployment of crews in Kansas the last two years,” Mattox told the council at its Monday evening. “This is an effort to make that more coordinated and organized.”

The statewide effort, led by the Kansas Office of the State Fire Marshal, coordinates plans for mutual aid requests and responses across the state, an organized regional response force, and operational plans for those responding units.

By participating in the task force, Shawnee agreed to pay $12,000 out of the city general fund fire department budget to equip participants with wildland gear and also cover salaries for firefighters if and when they are deployed. Mattox indicated that he anticipates that responding to wildfires as part of the task force will incur no overtime costs. “Red Card” certification costs are also covered by in-county instructors.

Councilmember Eric Jenkins asked if the city could seek grant funding or financial assistance for the $12,000 to participate in the Kansas Wildland Task Force.

Because the two Kansas wildfires were declared disasters, the city could recoup costs, Mattox said. However, the mutual aid agreement won’t necessarily be used exclusively for declared disasters. Mattox said he couldn’t estimate future costs to deploy firefighters as part of the agreement.

“There’s no guarantee if it’s not declared that those expenses wouldn’t be on us to be a part of it,” the fire chief said.

Mattox said the Shawnee Fire Department plans to create a wildland team consisting of four members from each shift. Once these firefighters have completed training for “Red Card” certification, they will make sure a certified firefighter is available each shift for deployment in the event of a wildfire.

Shawnee also agreed to deploy one of the fire department’s two brush trucks to assist with wildfire-fighting.

“By pooling resources across several departments, an activation will have little to no impact on daily operations,” Mattox reported in a Sept. 24 city memo.