Johnson County Community College says it’s only a low-impact emergency exit, but a plan to route people through Thomas S. Stoll Memorial Park in case of catastrophe has brought back unpleasant memories of a 2004 dispute between nearby neighbors and the college.

They fear that the plan is only a first step toward a cut-through street that will flood their neighborhoods with event traffic from the college. And, as in 2004, they plan to fight it.

Residents of the Oak Tree Meadows and Scenic Woods neighborhoods near the park will renew a campaign to save the park that has been dormant since the college backed away from a plan to take over the park in 2004.

Back then, the school was working on a deal with Johnson County, the park’s owner. The park would be turned over to the school and the school would provide the county with a different parcel of parkland in return.

This time, the plan is only for an exit that would take people south from JCCC in the event of a major emergency like a tornado, utility explosion or active shooter. An existing footpath would be used, so the most noticeable change would be new of posts and locks at the entrance, said Chris Gray, the college’s spokesman. Since the exit would be so rarely used, impact on the park would be minimal, he said.

Here’s a look at the planned path in an image provided by the college: 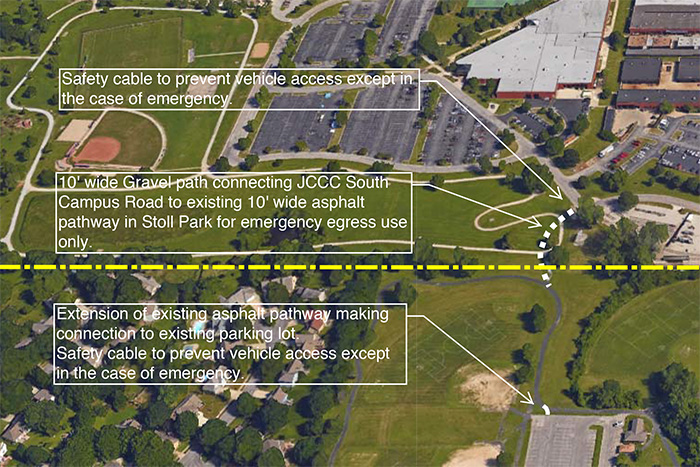 But residents who remember 2004 are skeptical. Around 20 of them met Thursday to discuss strategies to get word out and try to change minds at JCCC and the county park and recreation district boards. Their aim is to fight just as hard this time as 14 years ago.

“Everybody knows that JCCC wants to take the park over,” said Enrique Chaves, who lives nearby. “It’s been in their agenda for 10 or 15 years. They know they’re going to get it, but we have to put up a fight.”

Chaves was one of the neighbors who walked with placards in 2004 to the college to protest the land swap. Neighbors eventually won out when the school backed off of plans to acquire the park at 12500 W. 119th Street in Overland Park for the time being. The county park board later voted to preserve the 80 acres as a park.

That experience has made neighbors suspicious of motives in creating the emergency egress. During the previous battle, it was discovered through an open records request that parks and school officials had been working quietly on a deal for years before it came to light.

Amanda Vehlewald, president of the Oak Tree Meadows homeowners association and organizer of the latest effort, said she doubts the emergency exit is really needed. If people need to leave the campus quickly, they can already do it by just driving over the grass and south through the park. Having a gate to unlock could slow things down, she said. In any case, students would need to be in lockdown or tornado shelters for some types of emergencies, she added.

Vehlewald and others at the gathering speculated that the school is really looking for a foot in the door toward building an exit via 116th Street to Pflumm Road, or south through the park to 119th Street. JCCC does not have entrances from either of those major roads.

They see the college’s new building master plan as validation of those concerns. An expanded college will need more ways to access the school, they said.

The added traffic could pose a danger to residents with small children, Vehlewald said. “We feel like it would be a major, major hazard to have college kids rushing through our neighborhood trying to get to class. Someone’s eventually going to get hurt,” she said.

Chaves said the park is a respite in the middle of the suburbs. “This is an oasis for us,” he said. “Afternoons I walk through the park and see all the activities, the bicycle riding, people walking with dogs, soccer players. That’s sacred ground. Really sacred ground.”

But the school says it is a necessary improvement for safety. “This is emergency only and with the minimal intrusion to anything in the park. We feel this action is hard to argue with in the eyes of safety and emergencies for both JCCC and for the Johnson County Parks and Recreation District,” Gray said. The college has tried to let homeowners know it is intended as a safety measure for all, he said.

The school and park officials will hold a listening session on the topic at 7 p.m. Sept. 18 at Room 233 of JCCC’s General Education Building. The park district board meeting is the following night, but the agenda has not yet been posted. 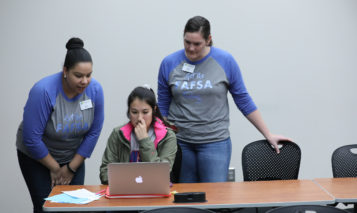 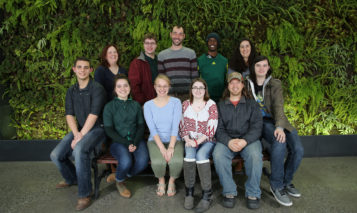 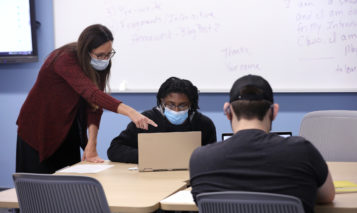 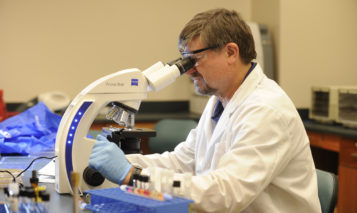