We’ve gotten our first look at what the future may hold for the redevelopment of the northeast corner of 95th Street and Metcalf.

Shamrock Trading Corporation has filed an overall site plan and phasing information for the property it purchased from LANE4 Property Group in July.

As part of a rezoning application, Shamrock submitted renderings of a 12-story building that would serve as the center of its planned office development: 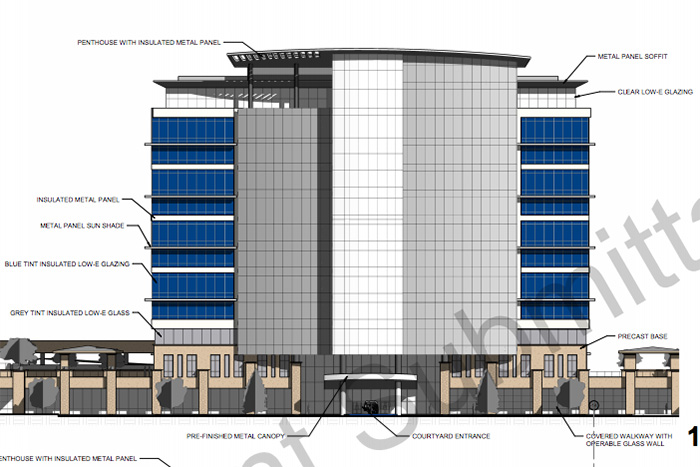 That building and a 1,070 space parking deck on the northeast corner of the property would be built in phase one of the project.

Two additional office buildings, which would be connected to the 12-story central building via a rooftop patio, would be built in phase two along with three additional parking decks.

In total, the project would have 937,350 square feet of office space and more than 4,000 parking spaces between the new decks and a series of ground-level parking lots. The 12-story office building would be oriented facing west toward Metcalf. A series of retention ponds would border the north-south thoroughfare. Here’s a look at the whole site plan: 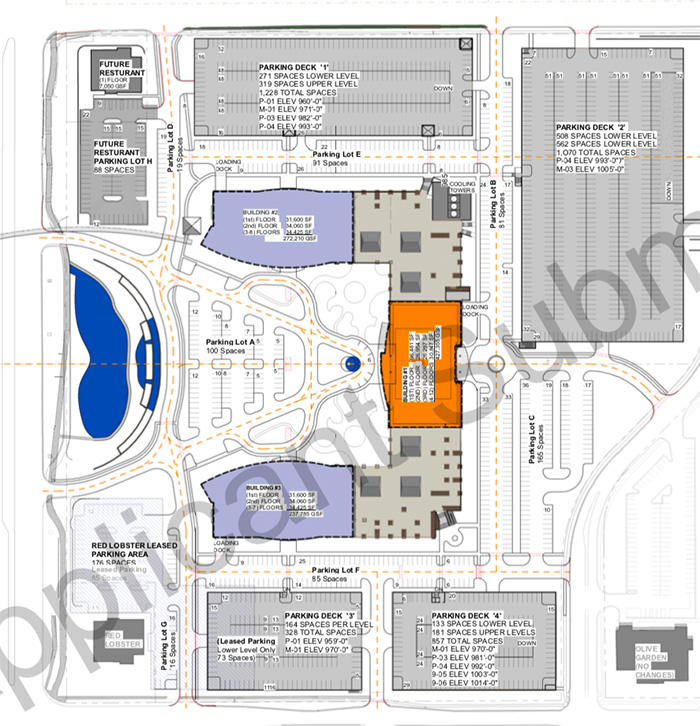 The site plan also shows a free-standing restaurant planned for the northwest corner of the property, roughly where the vacant filling station currently stands. Here’s the conceptual sketch of that part of the project:

At the announcement of the project in July, Shamrock leaders said the full office building project would accommodate as many as 1,000 new jobs over the next four years. Shamrock founder Bill Ryan said he hopes the company will be able to start pouring footings on the first phase of the project in spring 2019.