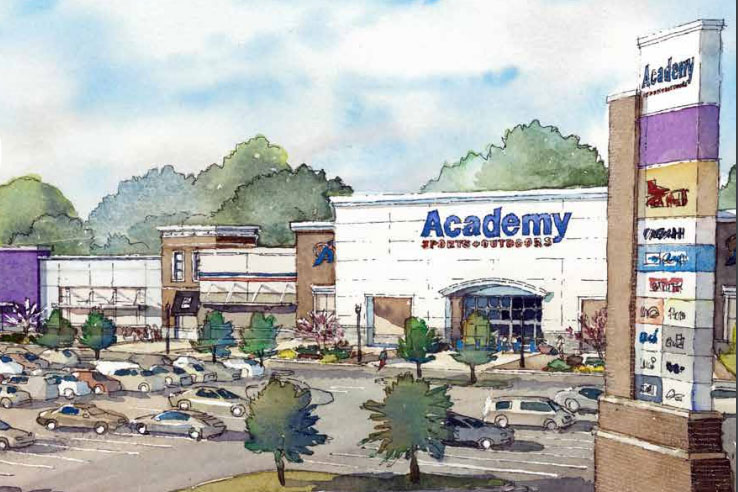 The Bellmont Promenade project is delayed again — and details about its future are murky at this point.

Bellmont Partners LLC canceled a planned appearance before the Shawnee council tonight by withdrawing its requests for both rezoning a portion of the development and also public financing of the project.

The delay comes a month after Legacy Development, the developer heading up the project, announced that it was making modifications to the project plan, mostly for the residential component. Those changes require re-approval from the Shawnee planning commission.

A Bellmont Partners representative said the rezoning request to convert about 6 acres of the development from commercial highway to mixed-use must be re-submitted simultaneously with the tax increment financing (TIF) project plan.

Bellmont Partners is “searching for the very best multi-family partner for the project,” said Dave Claflin, the spokesman for Legacy Development, the umbrella company over Bellmont Partners.

“There’s no sense in moving forward with any of the other pieces with the city until we nail that down and can introduce that partner,” Claflin said.

Legacy has been working on the project for about two years. Residents have consistently expressed concerns with the project, which itself has received less than unanimous approval from city leaders at each step in the development process.

Legacy requested $19.5 million in TIF funds for the project. Claflin said a definite amount of public incentive funds won’t be determined until the preliminary plan on the mixed-use project is “nailed down.”

“Everybody on the team is pushing on this; it’s not something we’re pushing to the back burner,” Claflin said. “They’re very bullish on the project, and they still intend to close on the ground within this calendar year. So everything is moving forward; we just need to get this last piece nailed down.”

New dates for Bellmont Promenade plans to go in front of the Shawnee planning commission and council are still undetermined.