In the name of sustainability, Mission has added a repair station for bicycles.

The bike fix-it station was installed Aug. 10 just off of Rock Creek Trail in the Mission Market site downtown at Johnson Drive and Reeds Road.

Emily Randel, public information officer for Mission, said the city’s sustainability commission, the group that funded the station, got the idea from a similar station in Merriam. The Mission station’s central location and visibility in the community is “important so that people see it when their bike is working, so they know how to find it when it isn’t,” she said.

“(It’s) a new way to highlight and facilitate biking in Mission, and to take advantage of the Rock Creek Trail,” Randel added.

The DERO tools in the station were recommended by BikeWalkKC. Total cost of the project was $2,180.

The bike fix-it station is just one of many “small improvements to the market site,” Randel said. These projects are funded in part by the Mission Market sponsors. 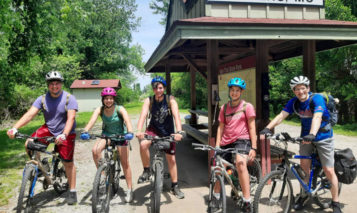 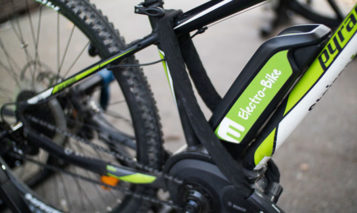