Nearly every city in northeast Johnson County experienced some kind of lifeguard shortage this summer — part of a growing national trend since the recession in 2009.

In fact, several cities estimated the pool of applicants for lifeguarding is nearly half of what it was 10 years ago. A growing economy and a cultural shift away from summer work gives teenagers more time to focus on extracurricular activities, family vacations and career-driven paths such as internships and advanced coursework.

Some pools were still hiring lifeguards into the summer. Anna Slocum, director of Merriam parks and recreation, said she was hiring through July, even though the pool season closed earlier this month. Supervisors end up covering shifts when nobody can work.

“The hiring process never ends, as there are many demands on a student employee’s time,” Slocum said. “It is always a struggle to compete for lifeguarding staff.”

Sean Keenan, aquatics specialist for Shawnee, said the downward trend of fewer teenagers applying for lifeguard positions has been a “constant struggle.” Shawnee used to hire 120 lifeguards each year; this year, it has 65.

Local aquatics managers believe several factors are causing the shortage. Cities compete with the private sector and with each other, typically pulling from the same pool of applicants.

Lower wages and higher responsibilities compound the problem. Area pools pay lifeguards $8.50 to $10 an hour to be in charge of rescues, keeping the pool clean and administering CPR in emergencies. By comparison, less demanding retail and fast food jobs pay $10 or $12 an hour.

Lifeguarding also requires a $200 certification, which some pools cover or reimburse for staff.

The shortage worsens when lifeguards leave for school, a problem compounded for cities with indoor pools that need year-round staffing. In some cases, cities reduce their pool hours or close a few of their pools early in the season.

“I remember growing up going to the neighborhood pools or city pools. That was exactly what they were: just a pool,” Benavides said. “Today, cities big and small want to have their own aquatic center. Going from a pool where you would have four to six lifeguards during the day now requires anywhere from 10 to 20 lifeguards… We have increased a demand for the position without increasing or introducing incentives to make the position more appealing.”

Aquatics supervisors are coming up with creative solutions to accommodate their young staff’s busy schedules and create incentives to apply, stay all season and return next year. Cities are cross-training lifeguards between pools, letting 15-year-olds apply for lifeguard positions. Shawnee even reduced the number of required lifeguards by raising the lifeguard stands, which broadens the lifeguards’ range of view.

Several pools offer incentives such as employee appreciation programs and end-of-season bonuses for lifeguards who work more hours. Many cities are trying to respond to lifeguards’ preferences by offering flexible scheduling and creating a team-building atmosphere.

Ozburn said she thinks the shortage will continue to be problematic. 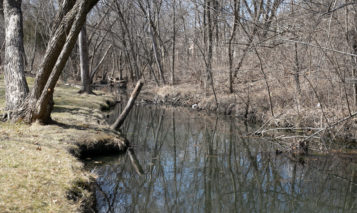