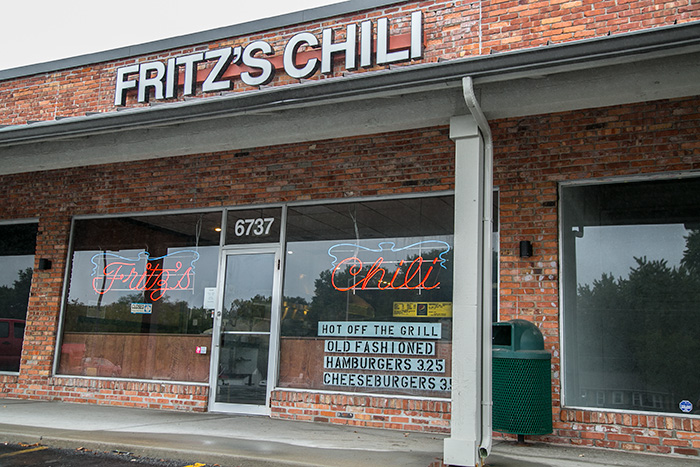 An Overland Park institution will close its doors next week after more than a half century in business.

Fritz’s Chili, which was part of the Dixon’s Chili Parlor chain when it opened 1966, will dish up its last plate of its unique signature item — a meat-focused chili that doesn’t have a sauce base — next Friday, August 24. Owner Bruce Fritz said on Facebook that the last day for hamburgers and cheeseburgers, offered hot of the grill for $3.25 and $3.50, respectively, will be this Saturday, August 18.

“It will be interesting to see who gets the last order,” Fritz said on social media.

Fritz started working at the restaurant when it was owned by his parents when he was a teen. He and his wife Diana bought it from them in 1982, but continued to offer their stripped down menu of chili, burgers, tamales and tacos — though they changed the name.

Now, says Fritz, the lease is up and it’s time for retirement.

The proprietors of John’s Space Age Donuts, another long-running old Overland Park establishment operated by the second generation of family owners, also decided to retire late last year after the business had been open for 50 years.