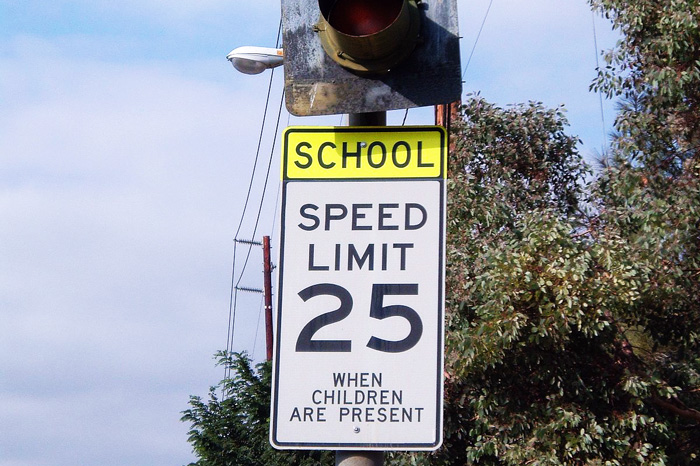 If you’re driving in the vicinity of 95th and Roe this week, you may notice some new traffic control signs.

The Prairie Village city council this month approved the creation of a new school zone around that intersection to increase safety for pedestrians in the vicinity of Trailwood Elementary, which sits just west of the intersection.

Classes at Shawnee Mission elementary schools start today, so you’ll notice the yellow beacon on the school zone sign on 95th Street flashing during pick up and drop off hours.

Prairie Village police had recommended the elimination of a crossing guard at that intersection back in 2011 as pedestrian numbers had dwindled. But a police analysis found that demographics and walking patterns have changed enough in the past eight years that both a crossing guard and new traffic controls for a school zone.

School zone signage in the area will require motorists traveling along 95th Street to slow to 25 miles per hour during posted hours when the yellow school zone beacon is flashing.

The cost to staff a crossing guard in the new school zone near Trailwood is approximately $3,600 and will be covered in the police department’s operating budget.