SM East will have its third head football coach in nine months after first year coach Fred Bouchard resigned Monday, just days before the 2018 season is set to begin.

In a team meeting Monday, Bouchard told his Lancers team that he had accepted an offer to become a central office administrator at a school district in Decatur, Illinois.

While saying that the opportunity was too attractive to pass up — “It would have to be to pull the string this late,” he said — Bouchard acknowledged that he’d had a difficult time bridging a “philosophical gap” with parts of the Shawnee Mission School District’s central administration.

“That gap, I thought that was something that I could pull together, but there was still a divide,” he said.

Bouchard accepted the position as SM East’s new head coach in January after the resignation of five-year head coach Dustin Delaney, who piloted the Lancers to the school’s first ever state title. Delaney cited concerns with district-level administrative decisions as a factor in his resignation.

A three-decade veteran on the local coaching scene, Bouchard had won five state titles in Missouri as the head coach at Harrisonville and Staley. For two years prior to his acceptance of the role at SM East, he had been a central office administrator at Staley and had not coached.

He and his wife, who recently accepted a teaching job in the Blue Valley School District, had recently moved to Prairie Village.

The district’s central office confirmed Bouchard’s resignation Monday evening and said that it had not finalized plans for an interim head coach for the 2018 season. But Bouchard and Lancer Gridiron Club president Jason Mohr indicated that offensive coordinator Justin Hoover was likely to move into the role.

Hoover is a former Pittsburg State University quarterback who has been an assistant coach at Bishop Miege and runs the Spin It Quarterback Academy, which counts top prospects like Drew Lock and Graham Mertz among its clients.

“There is no one in the city who is more ready to be a head football coach than Justin Hoover,” Bouchard said. “There is a depth of his care and how he treats people and how he embraces young people. His skill set is really good.”

Mohr said that Bouchard had “assembled what we think is one of the best coaching staffs in the state” and that Hoover would be able to keep the team focused on its big picture goals.

“Nothing has changed for our kids,” Mohr said. “They are still trying to win a state championship. We wish coach Bouchard the best of luck. But our team is still going to be focused on winning the Sunflower League and a Kansas state title.”

Bouchard said it had been an incredibly difficult decision to step down from the position with the start of the season so close. He was particularly complimentary of the work of SM East athletic director Debbie Katzfey.

“Debbie has been an amazing AD to work with, and I think people would be served if they listened to her a lot more,” he said. “She is the kind of person who really empowers you to see possibilities. That’s the kind of person you want to have in that role.”

The first game of the Lancers’ 2018 season will be Friday, August 31 against Gardner-Edgerton. 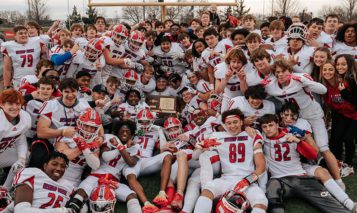 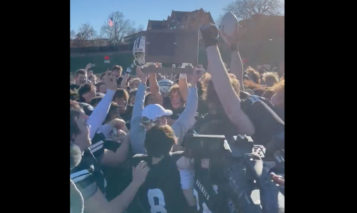 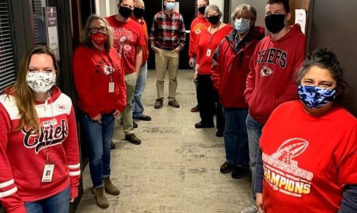 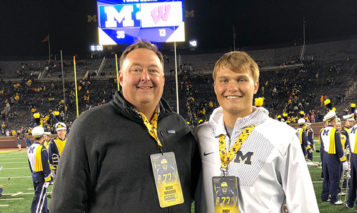