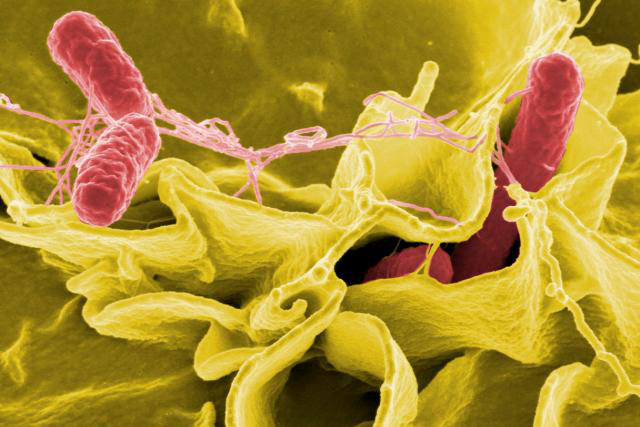 KDHE says case of salmonella tied to Hy-Vee pasta salad product confirmed in Johnson County. The Kansas Department of Health and Environment has confirmed a case of salmonella infection in Johnson County tied to an outbreak associated with a Spring Pasta Salad product sold at Hy-Vee grocery stores. “Any individuals who have this in their refrigerator should return the recalled Spring Pasta Salad to the store for a refund or throw it away,” said KDHE Chief Medical Officer Dr. Greg Lakin. The salad has been tied to salmonella cases in five states.

Prairie Village police apprehend suspects in two auto burglary cases. Prairie Village police believe they’ve captured the culprits behind two auto burglary sprees that took place over the weekend. Police arrested an 18 and a 19 year old early Saturday morning after a string of auto burglaries in the neighborhoods around 75th Street and Lamar. On Sunday morning, police took two 15 year old suspects into custody on suspicion of involvement in a string of auto burglaries near 76th Street and Juniper.