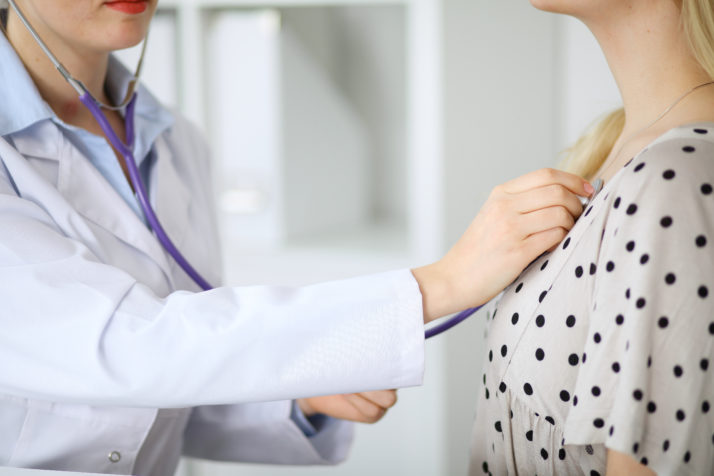 We continue with the Kansas 3rd Congressional District candidates’ responses to our questionnaire, which was developed in June with input from readers.

Eight of the nine candidates running from the seat are participating. (Incumbent Rep. Kevin Yoder’s campaign says “we don’t participate in these types of surveys as a campaign policy.”)

The Affordable Care Act remains on the books, but the “individual mandate” requiring people to have health insurance is set to go away in 2019 under the 2017 tax bill. Some proponents of the ACA say this will further destabilize the Health Insurance Marketplace. Some opponents of the ACA say the entire law needs to be repealed. What health care coverage policies should the federal government be pursuing? 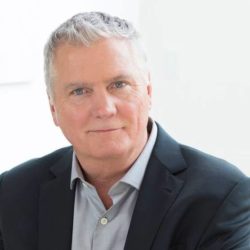 Republican lawmakers are sabotaging the ACA by taking steps like repealing the individual mandate and cutting the open enrollment period by half. Yet the Affordable Care Act has successfully reduced the number of people who are uninsured. No one said the ACA was a perfect solution, but if it had been allowed to be implemented as planned we would have been further along in the process of securing and ensuring health care coverage for everyone. Many of the major issues we’ve seen with the ACA have been the direct result of GOP legislators undermining the law from day one. 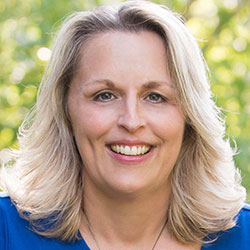 A single payer system would improve outcomes and decrease cost. It will take time to move towards that system due to the complications embedded within the current health care system. I am not willing to ask middle class families for patience. We need interim fixes to the ACA that will bring down costs today. Some of those solutions include addressing the cost of prescription drugs, improving access to private and public plans, and implementing premium guidelines for working families.

If we are innovative with our solutions to the ACA, the need for a mandate may become obsolete. If we improve choices, access, and lower cost, families will choose to have insurance. 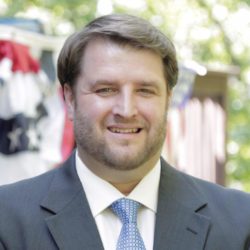 Lots of politicians say that healthcare is a right, but then fail to support a system that ensures that every woman, man, and child has healthcare coverage. A human right is a human right. That’s why I support single-payer, expanded Medicare for all. It’s the right thing to do — morally and economically.

I worked for Barack Obama, supported the ACA, and hoped that we could fix our healthcare system during his presidency. But let’s not kid ourselves — the Republicans, including Congressman Kevin Yoder, have fundamentally sabotaged the ACA. We have been talking about universal healthcare since President Harry Truman, and we never seem to get there. It is time to get this big problem solved with a bold solution.

Expanded Medicare for all would provide an enormous economic boost. Besides wages, healthcare costs are the highest expenditure businesses must face. Businesses, and especially small businesses, would greatly benefit from separating health insurance from employment. Expanded Medicare for all is one of the most effective tools we could provide to help small businesses compete with huge corporations, by giving them the resources to grow and thrive.

Expanded Medicare for all is estimated to cut costs in half, at a time when health insurance premiums and healthcare prices continue to skyrocket. Many Kansas families are one accident away from bankruptcy. Helping alleviate this huge burden on families increases consumer spending, decreases reliance on social welfare programs, and saves taxpayers money.

Some Democratic candidates are content to advocate for small changes at the margins; proposing a series of steps that would guarantee the status quo of ever-rising prices for families and ever-rising profits for insurance companies. But that’s not a status quo that works for working families. Voters are smart enough to see through cop-out positions calling for merely providing “access” to healthcare that they can’t actually afford.

Two-thirds of the Democrats in the U.S. House are co-sponsoring a bill to provide expanded Medicare for all. This is a mainstream issue. If elected, I would join the fight to provide healthcare truly as a human right for every single woman, man, and child. 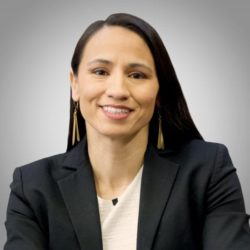 Everyone in America should have easy access to affordable quality healthcare. As we see with the ACA, there are no quick and easy solutions. But we do need immediate relief for the thousands of people who are suffering and unable to receive care right now.

Coverage is one but not the only issue that’s a problem in our country. We also need to address quality, costs, accessibility, and literacy – insuring that people understand how to best utilize their care and coverage.

Specifically, I would like to see the federal government work to continue expanding Medicaid, negotiate lower prescription drug prices, and address the lack of care available in rural areas throughout our country. 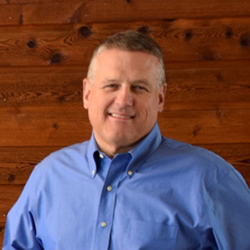 I am a strong advocate of the ACA and I will work tirelessly to defend and expand it. I believe our destination should be Universal Healthcare, but experts in this field know you can’t “eat the whole cow in one bite.”

Tens of thousands of people in our area work in healthcare. Drastic and not well thought through policy decisions in Washington, have very real and negative impacts on our lives in Kansas. There is no single villain in the healthcare debate. Believing there is only one, will not guide the conversation to the right solutions.

For many vocations, we should work toward disconnecting health insurance from employment. Much like what the 401(k) system did to create self-directed decision making with pensions, we should explore ideas that would do the same for healthcare. Our current system decreases job mobility, and in our economy doesn’t protect mid-career workers from loss of insurance due to downsizing and globalization.

Finally, Congress should limit the ability of our President from sabotaging the ACA. His actions only further destabilize the healthcare market and increases health insurance premiums for everyone. As defined by our Constitution, the President is responsible for executing the laws of our country, not deliberately working to undermine them. 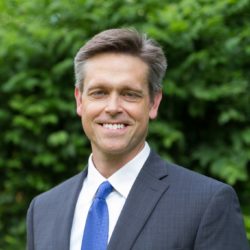 Like I said in response to yesterday’s question, for me, this is personal – when our family was at its most financially fragile point, insurance companies denied my wife due to pre-existing conditions. We faced almost certain disaster, despite doing everything right – and our experience is commonplace. How is that acceptable in the United States? Protections for pre-existing conditions saved my family, yet Republicans are fighting to remove them. Make no mistake: the healthcare provisions of the tax bill were just as disastrous as its fiscal components.

Healthcare is a right, not a privilege, because none of us can get a job, take care of our kids, or exercise fully any of our rights if our basic health is jeopardized. We must chart a course to affordable, universal health insurance coverage.

Since assuming office, Donald Trump has made every effort to sabotage or repeal the Affordable Care Act, abdicating his responsibility to make it work for people who desperately need affordable healthcare. He has issued a series of executive orders specifically designed to, as he compassionately put it, “let Obamacare explode.” Among these acts of sabotage were the cancellation of shared payments for copays and deductibles to middle class families like yours and mine, a tight and unadvertised enrollment period, and an unwillingness to defend protections for pre-existing conditions in court. The result has been skyrocketing premiums for working families.

In Wyandotte County, 30% of medical bills are in collections. Even people with coverage cannot afford their bills because copays and deductibles have skyrocketed as a consequence of Trump’s callous orders.

Kevin Yoder voted for the House Republican health care bill that would have taken healthcare away from 23 million people – hundreds of thousands right here in Kansas. This is the state of affairs to which Republicans would apparently like to return – a state of affairs in which my wife, and millions of families like ours, would be denied healthcare coverage.

In the 2019-2020 session of Congress, our first priority must be to reverse the damage done by the Trump administration. That means passing bipartisan legislation like the Alexander-Murray bill, which would restore “cost sharing reductions” that help middle and low income families with copays and deductibles. We must push, at least, for a public option to reduce and stabilize premiums, and expand subsidies for premiums.

Working families cannot afford to wait out the long political fight for universal health coverage, and we should stop the financial bleeding as soon as possible. 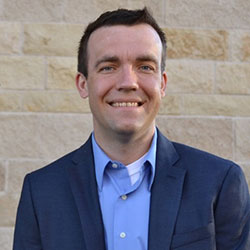 I understand that our healthcare system is broken. Healthcare costs continue to rise, causing insurance rates to become unaffordable for many. We need to take proactive steps to improve healthcare affordability, and I feel like the Affordable Care Act (ACA) took some steps to do that. However, I do not like the fact that the ACA was passed without bipartisan support. To correct that, I believe the best approach is for our representatives to work together in Washington to address the shortcomings of the bill to improve it instead of completely repealing it.

There are specific parts of the ACA that I feel the majority of Americans support, which includes things like coverage for pre-existing conditions and ending lifetime caps for health insurance plans. I also agree with the approach to set minimum coverage levels for qualifying health plans, as this will make it easier for consumers to feel confident they have appropriate coverage. However, I do believe that we need to take a close look at what the minimum coverage level is, as reducing required coverage could allow insurers to sell more affordable plans. Preventative care must be covered, as it is much easier to treat illnesses when they are caught early.

As far as the mandate requiring individuals to have health insurance, I agree that removing it will likely cause healthcare costs to increase. I also believe that the individual mandate and coverage for pre-existing conditions must be tied together. Without the individual mandate, some people will avoid getting coverage until they are actually sick, which will drive prices up for everyone else. Personally, I believe that requiring individuals to have health insurance is worth it if insurance companies cannot drop you for getting sick. However, as your congressman, I will be a true representative and listen to the constituents of this district. If the people of this district do not want the individual mandate and therefore give up coverage for pre-existing conditions, then that is how I will vote. That is one of the main issues I have with Kevin Yoder as our congressman. He votes based on his own personal beliefs instead of being a true representative of this district. It is time that we had a leader in Washington that works to represent our interests, and I promise to do that if elected. 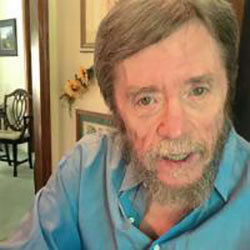 That’s it! Thanks to all the candidates for participating