We continue this morning with the Prairie Village mayoral candidates’ responses to our questionnaire, which was developed last month with reader input.

The governing body has considered a number of initiatives in recent years to expand bike and pedestrian trails throughout Prairie Village — but has backed away from some projects after the objection of homeowners. Do you think expansion of bike and pedestrians trails is a priority for the city? If so, what would you do to see such projects become a reality? 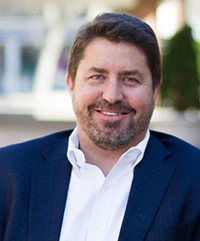 Yes, expansion of bike and pedestrian trails should be a priority. Thanks to the recent citizen survey, we know that a large majority of our residents support this. Across the U.S., bikeability and walkability are becoming the new suburban “luxury amenities.”

On Council, I worked to expand our bike and pedestrian trails, and we now have miles of new trails built and under construction. I supported creation of the City’s new comprehensive bike/ped plan with grant money. After multiple public meetings and feedback, this plan was recently adopted by the Council. We should implement it.

Expanding these paths are important for several reasons, including safety. There will always be walkers and bikers, including children. We have an obligation to connect them across the City safely, just as we do with drivers. Prairie Village lags our neighboring cities in this regard; there are bike paths across the KC metro region that abruptly end at our border.

There is also an economic reason for expanding bike paths and sidewalks. They attract families. Their relatively small costs are a fraction of the economic boost Prairie Village receives from new residents. Our public money has been well-spent on such improvements (which often come with matching grant money such as on Mission Road) and has already attracted millions of dollars of follow-on private investment in adjacent commercial properties.

That said, there are exceptions I support. We have a policy that allows, on smaller, quiet, residential streets, a petition by a percentage of residents to decide not to have a new sidewalk. Where we as a City decide to add new paths for the common good, we must be respectful of the homeowners affected by such changes. This involves meeting with them and taking reasonable measures to preserve mature trees and structures.

As millennials and others are attracted to Prairie Village for its bike paths, trails, sidewalks, parks, top-ranked infrastructure, and safety, we will expand economically, increase diversity, and usher a new generation of residents to ensure the city’s bright future. At the same time, we will increase the menu of safe transportation and recreation options, and thus the quality of life, for our current citizens, young and old alike.

Together we will create more attractive transportation and recreation options, preserving and enhancing our Prairie Village magic. Please visit mikkelsonforpv.com and help me build that future with your vote and support!

I firmly agree with our residents that the expansion of bike and pedestrian trails is a priority for the city. Over 65% of the respondents to the city’s recent survey rated this important or very important. On May 7, the Council voted to approve the Master Plan for Bike and Pedestrian Path Expansion. I voted against this because of the concerns many residents had brought about its implementation. The proposed removal of many of our older trees and the widening or additions of sidewalks on the right-of-way shocked some surprised residents. We approved the concept of a plan, but the details were far from forth-coming. Public Works has provided the basic framework for where paths are intended, but not the specifics. I was not comfortable approving a concept without a plan. We still need to make the decisions and allocate funds for whatever we choose to implement.

Johnson County’s Bike Path Plan intends to link the county parks and greenspaces to provide extensive corridors for travel and recreation beyond our city limits. By linking to current paths and working with neighbors and residents to find the best routes for widened lanes and sidewalks, we can develop a trail system that will be safely used by the community. Connecting trails in Johnson County to Meadowbrook and to the Corinth and Village Shops opens avenues to activities and supports a broader outdoor living community.

I am committed to making this project a reality. Last month I made a motion that was approved, to allocate $75,000 in the 2019 budget to start the signage and marking process. There are questions about the routes and installation, but these can easily be addressed by engaging the residents involved. The benefits of a well-planned and well-designed bike and pedestrian network will be felt by everyone. Families, seniors, singles and children will be able to easily access schools, events, businesses, community buildings, and each other as they benefit from exercise and being outdoors. Working closely with our residents near these proposed paths is the key to developing a plan we can be proud of.

What’s important is what matters to you. Please vote for Serena Schermoly for Mayor on August 7. Please visit serenaschermoly.org for more information. 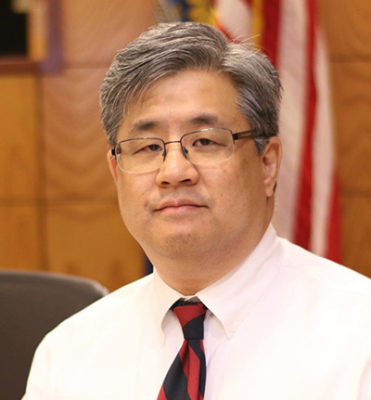 The Bike and Pedestrian Master Plan is an enhancement to the village lifestyle that planners and citizens have put a great deal of time and effort toward. Walkability and bike-friendly infrastructure can promote social connection between neighbors and connectivity between parks and neighborhoods. I was fully supportive of the plan and voted for its May 2018 approval. Implementation should be a priority for the city. The key to a successful transition from plan to implementation is a clear, public process with input from the walking and biking stakeholders and our neighbors who will be asked to welcome these new features adjacent to their homes. I voted with the council this spring to approve $75,000 in funding to start the implementation in 2019.

If you were elected mayor, what’s the top thing you hope you could say about Prairie Village at the end of your term that you can’t say today?