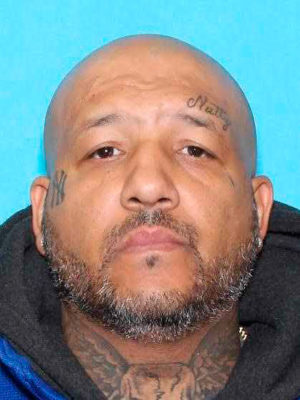 District Attorney Steve Howe has announced his office has completed its review of the July 6 shooting near 82nd Street and Grant in Overland Park that left a man dead.

Charles T. Webb, 43, died from gunshot wounds after engaging in a shootout with Overland Park police who were called to the neighborhood July 6 in response to reports of shots fired. Webb was wanted in connection with a Columbia, Mo., murder that took place in May.

The DA’s summary of facts from its investigation is as follows:

On Friday, July 6, 2018, Overland Park Police Officers were dispatched to 79th and Grant on a shots fired call. The officers arrived at the Grand 79 apartments at approximately 12:22 a.m. The officers were given a description of the individual shooting a weapon and were told it was some type of rifle. As the officers approached the area on foot they spotted an individual matching the description given by dispatch.

As they got closer, they realized that he was armed with what they recognized as an AK-47 style rifle, with a curved or “banana” magazine.

As the officers got closer to the individual, he began to shoot at them. Multiple rounds were shot at the officers. As officer took cover they could hear the bullets striking vehicles near them. Officer returned fire which resulted in the death of Charles T. Webb.

Police were lawfully responding to a call for assistance. Once they saw Webb with a rifle, they could stop him for questioning. This event rapidly evolved into an obvious arrest situation. Once Webb started shooting at police, they developed probable cause for a felony arrest.

The resolution of this incident is governed by K.S.A. 21-5227, Use of Force; Law Enforcement Officer Making Arrest.:

Under the totality of the circumstances, it was reasonable for both officers to conclude that it was necessary to shoot Charles Webb in order to stop an imminent threat to the lives of everyone in the path of Webb’s bullets, including the residents of the complex, citizens driving by the complex and the officers themselves. This use of deadly force was consistent with the actions of reasonable police officers.

Therefore, it is my conclusion that the use of deadly force by these two officers was justified as defense of self or others under Kansas Law.