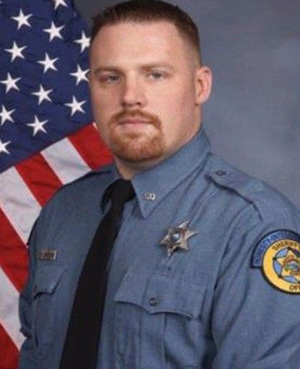 The SM Northwest community this week is mourning the loss of Patrick Rohrer, a 2001 graduate of the school who was one of two Wyandotte County sheriff’s deputies killed during an inmate transfer in Kansas City, Kan., last week.

A former classmate of Rohrer, J.C. Easley, has set up a GoFundMe seeking to raise $10,000 for Rohrer’s family. Rohrer and his wife, who also graduated from SM Northwest, had two children. As of this morning, the fundraising campaign has raised approximately $4,100.

More than 1,000 people gathered outside the Unified Government City Hall in Kansas City, Kan., Sunday night for a candlelight vigil honoring Rohrer and fellow deputy Theresa King, who was also killed in the shooting. Lt. Gov. Jeff Colyer spoke at the vigil, calling the two “the very best of Kansas.”

A joint funeral for the two deputies is to be held Thursday, June 21 at 9 a.m. at Children’s Mercy Park, 1 Sporting Way, Kansas City, Kan.