Johnson County Library was founded in the early 1950s. It began with the PTA Library Committee at Prairie School. A group of volunteers emerged who promoted the need for a county public library, to complement and expand services available through the then-single location of the Olathe Public Library. The Citizens Library Committee, as they became known, recruited more volunteers to carry petitions throughout the County. They were successful in placing a Library question on the ballot in the Fall of 1952. The measure was approved by voters 4:1!

Funding was, however, not immediately available to establish and operate a library. So the volunteers continued their work in the community. They collected donated books, asked for lumber donations, built shelves, made curtains and painted walls. On June 2, 1953, they opened the first volunteer library in the Dunbar School in Shawnee. The group opened additional volunteer branches in stores and homes. The second library opened in the basement of a committee member’s home in Merriam and a third in the basement of Jay’s Men’s and Boy’s Wear in the Prairie Village Shopping Center.

Several small, self-service libraries were also set up in Gardner, Ochletree, Spring Hill, Edgerton and Stanley. Each had a 200-book collection that rotated location every 60 days. By 1954, eleven volunteer branches were operating. People came to borrow books, to donate materials and to volunteer their time to help the Library.

The Library received its first direct tax funding in 1955: a budget of $32,000. The first County Librarian was hired: Miss Shirley Brother. In 1956 the Antioch Branch opened as headquarters on its present site in Merriam. Bookmobile service began to outlying communities. That same year the Citizens Library Committee reorganized as the Friends of Johnson County Library with more than 150 charter members. The Friends have continued their advocacy and philanthropy on behalf of the Library since that time. They have been instrumental in garnering public support for libraries throughout our history.

Today the Friends are a membership organization with almost 1,000 participants. Their primary activities are operation of 3 bookstores at the Antioch, Blue Valley and Central Libraries, and their annual book sales, such as the upcoming Sizzlin’ Summer Book Sale June 6 – 9 at Johnson County Community College. They raise funds to support Library programs and activities such as Incarcerated Services, Summer Reading and 6 by 6 Ready to Read. Learn more about the Friends here.

Learn with a Lawyer: Always talk to a lawyer 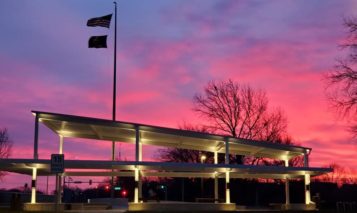 Inside JCPRD: What a year it was!

Your Mortgage: When it’s okay to act single – even if you’re married 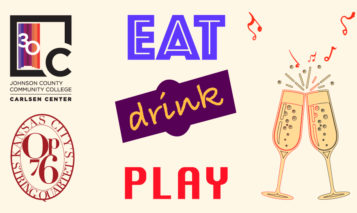