Shawnee city councilman Eric Jenkins announced Tuesday that he will run again for the District 18 seat in the House of Representatives currently occupied by Cindy Neighbor. 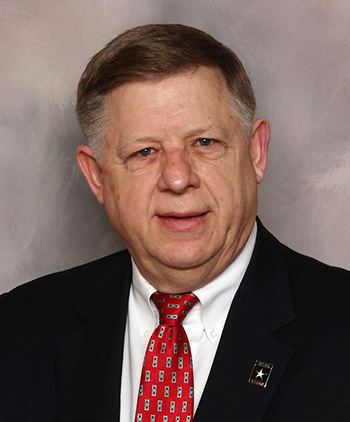 It’s the second cycle in a row that Jenkins, a Republican, has entered the District 18 race. He and Neighbor first faced off for the seat in 2016 after Republican Rep. John Rubin announced he would not seek reelection. Neighbor, who had served in the House as a Republican from 2003 to 2004 and as a Democrat from 2007 to 2011, defeated Jenkins 52-48 in the November 2016 election.

Neighbor, who served more than 20 years on the Shawnee Mission School Board before being defeated in last year’s elections, has filed for re-election to the House seat.

In his campaign announcement, Jenkins said he would be focused on addressing “growth in government spending.”

“The 18th District is filled with many hard-working families and individuals who are barely making ends meet,” Jenkins said. “Since the last election, Kansas imposed a massive, retroactive tax increase on nearly all Kansans, including those at the very bottom end of the income scale.”

He said he would bring the same critical eye to government spending he employees on the city council to issues in Topeka.

“On the Shawnee City Council, I have consistently fought against unnecessary new spending, and I will do the same in Topeka,” Jenkins said. “If we can’t get our arms around government growth, it is the taxpayers who are left holding the bag.

Jenkins has served on the Shawnee City Council since 2015, and was on the city’s planning commission for more than 20 years before that. He is a retired colonel in the U.S. Army Reserves. He spent three decades working for the Federal Emergency Management Agency and is now an emergency preparedness consultant.

Prior to his run for the city council, he was a candidate for Shawnee mayor in 2012, falling to Jeff Meyers in that race.