Cho Druen wasn’t exactly sure what she was responding to after getting a call to head to the Merriam Park Elementary gym just moments after walking into the building after a meeting this morning — but it’s fair to say she wasn’t expecting what she saw.

The gymnasium of the school she’s led as principal since 2014 was packed with 500 kids — and the Kansas City Chiefs Rumble Drumline. As she entered the room, the drumline began to play and parade her around the perimeter, where she hugged Merriam Park teachers, staff, parents and friends.

Druen is headed to a job as principal of Overland Trail Elementary in the Blue Valley School District next year. But her co-workers at Merriam Park felt like they couldn’t let the year end without showing her what she’s meant to the school community. Assistant Principal Dustin Springer, who helped organize the celebration, credits her with inspiring everyone she came into contact with.

“Working alongside of her makes me feel like I can conquer the world and I will totally miss her energy and love of children,” Springer said.

After Druen finished her lap of the gym, a student put a tiara on her head as Merriam Mayor Ken Sissom came to the podium to read a proclamation naming May 22, 2018 Cho Druen day in the city: 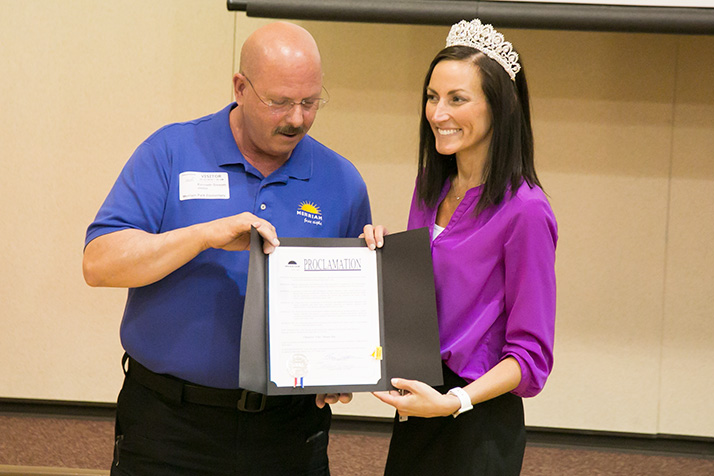 After that, the kids sang her two songs, including a tear-jerking* rendition of “Thank you for being a friend”:

*I know…totally unnecessary modifier. EVERY version of “Thank you for being a friend” is tear-jerking. 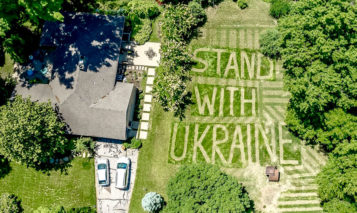 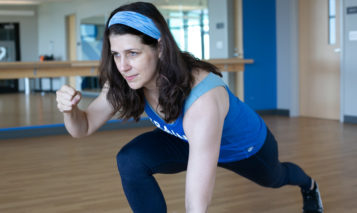