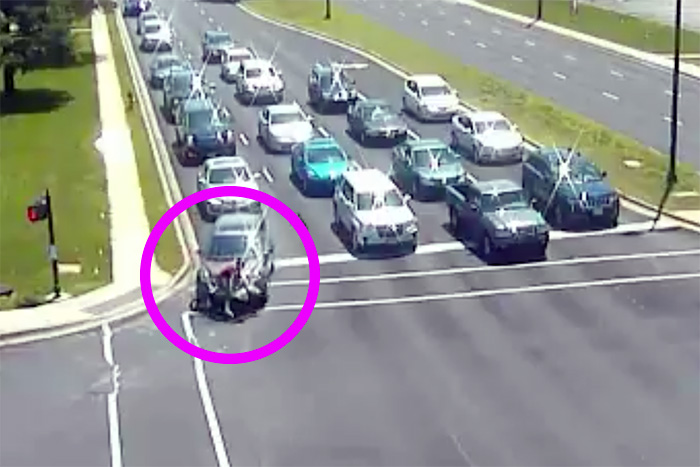 Bike to work week ends today. But the summer season that will see more and more kids pedaling around Shawnee Mission is almost here.

And if you — as a cyclist or as a motorist — need a reminder about the risks inherent in having cars and bikes coexisting, check out this video from the Overland Park Police Department.

Of note, each of the five accidents has a cyclist entering an intersection from a pedestrian sidewalk and a car making a right turn on a red light:

The cyclists in these videos appeared to be able to get up after the collisions. But not everyone is so lucky.

Wear helmets. Obey traffic laws. Be aware. And BE SAFE!!!