It’s graduation time in Shawnee Mission, so we’ll be taking a look at graduating students from each of the district’s high schools this week. We’ll start today with the Wilhoit family from SM West.

Graduation can been an emotional time for parents seeing just one child getting ready to leave the nest.

Jeannie and Mike Wilhoit are preparing to weather the milestone for four. 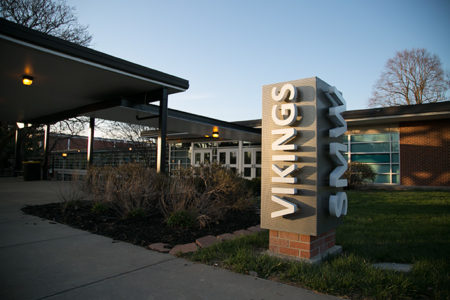 The Wilhoits’ quadruplets — Ben, Mia, Noah and Zach — have wrapped up their classwork and finals at SM West, and will walk across the stage to pick up their diplomas on Thursday.

“I honestly thought I would be crying this whole year,” Jeannie said Monday. “But it’s really been exciting. The thing that’s stressing me out the most is the party. It’s almost like there’s not time to be emotional.”

But there’s not getting around the fact that it’s a bittersweet passage.

“Part of our job as parents is to help them launch,” Mike said. “And there’s an inherent hurt in it because we did a good job. They’ve connected with us and we connected with them.”

Having four kids at once poses a unique set of challenges, obviously. But the Wilhoits said they have great memories of the kids’ young years.

“When you have twins or triplets, you might not get that much help,” Jeannie said. “With quadruplets, people came out of the woodwork.”

That whole first year, Jeannie said, they didn’t have to worry about cooking or cleaning or laundry.

“People just showed up with food and clean clothes and took away dirty dishes and laundry,” she remembers. “That really allowed us to just be with our kids.”

Having Jeannie’s parents living just a few blocks away, and being a short walk away from Pawnee Elementary, added some conveniences and support during the kids early years.

“It’s fun!” Jeannie said of having the four young kids. “They always had play mates. I think maybe you forget the hard stuff and just remember the fun stuff. But we loved it.”

By the time the Wilhoits arrived at SM West, all four kids had emerged as talented athletes. All four played on the school’s varsity soccer teams, as well as in other sports.

And they ended up taking many of the same classes.

“If we weren’t actually in the same class, we’d have the same teacher,” Mia said.

Now, though, the Wilhoit kids are done swapping notes on homework assignments or prep for their upcoming games. After four years of high school, they’re ready for what’s next.

In the fall, Mia and Zach are planning to head to JCCC, though Mia is considering running track or cross country at another school. Noah is headed to K-State to study architecture. Ben plans to major in pre-med at KU.

This week, however, the family’s energies are occupied with readying the house for guests and a party.

“There’s so much to do I’m not sure it’s hit me,” Jeannie said. “I think the drop offs at college might kill me. But until we’re dropping people off, I’m good.”