The Overland Park Planning Commission on Monday gave its stamp of approval to an updated version of the Edison District mixed-use project proposed for downtown Overland Park, sending the plan to the city council for final approval in the coming weeks.

The unanimous vote came after the council had remanded the plan back to the commission for review following a series of changes intended to address concerns raised by are homeowners about the project’s aesthetics and impact on the surrounding neighborhood.

Unlike when previous versions of the project came before the planning commission and city council with a public hearing, no members of the public spoke out against the project at Monday’s meeting.

Among the new details attorney John Petersen, who is representing project lead Tim Barton, revealed during discussion of the development plan Monday are:

Here’s an overhead view of the site plan as approved Monday: 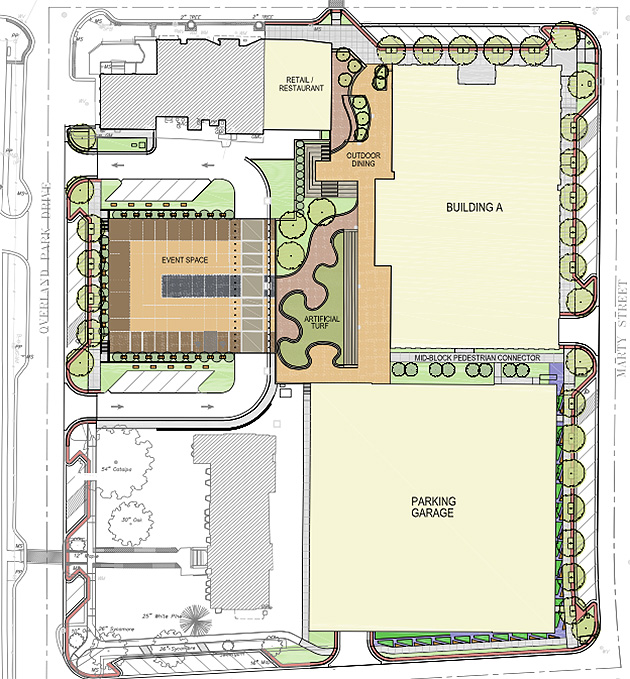 And here’s a look at the project site as seen from 80th Street today: 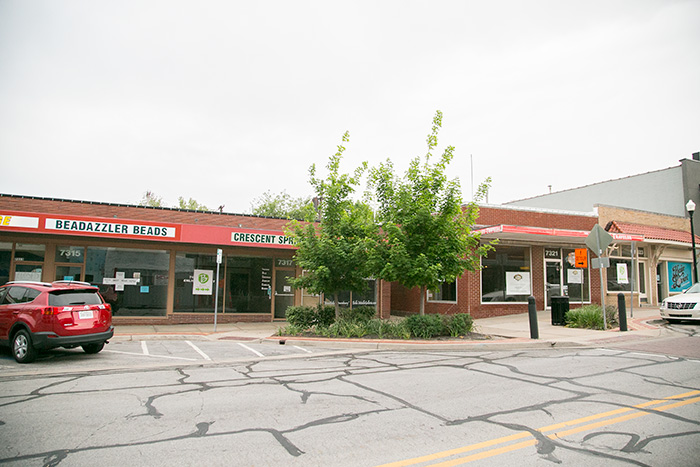 And how it would look from the same viewpoint if redeveloped as proposed: 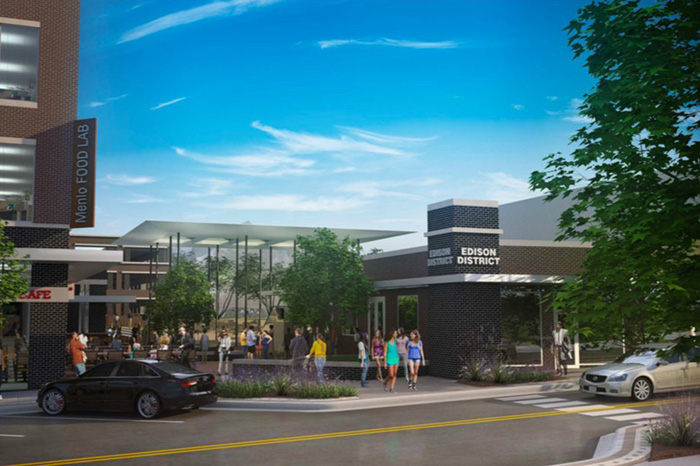 Planning Commission Mike Flanagan asked Petersen about the future of the historic Overland Park Presbyterian Church structure. Petersen said that the development group was still considering options for use of the building in coming years, but that the plan was to keep the building itself intact.

“The plan today is to leave the facade and iconic presence as it is,” Petersen said. “The programming inside is still being looked at.”

He suggested that the interior of the church could be converted into “boutique office” space or a gallery of some kind.

Also at Monday’s planning commission meeting, staff gave the commission an update on their feasibility study for the project, including the developer’s requested public finance incentives.

The city council approved the creation of a tax increment financing district for the project in January.

City staff’s feasibility review suggests that the developer is looking for approximately $10.5 million in tax increment financing incentives on a total project cost of $53.8 million. The TIF money would be applied to the construction of the structured parking facility.