A Prairie Village project first envisioned five years ago is now home to a growing group of seniors.

After nearly two years of construction, the Tutera Group’s Mission Chateau senior living community saw its first residents move in last week. While work on the assisted living and memory care portions of the facility are expected to be complete within about six weeks, the independent living quarters are almost fully functional.

That includes a variety of dining and drinking areas, a yoga and fitness studio, a therapy pool, a movie theatre and a salon. Tutera’s Meghan Ziegelmeyer said the design of the community was crafted to increase residents’ opportunities for interaction with each other.

“The idea is that our residents have the chance to socialize often,” she said.

When all of the work on the interior is complete, Mission Chateau will have 121 independent living units as well as 40 memory care units and 40 assisted living units.

Here’s a look at one of the independent living units: 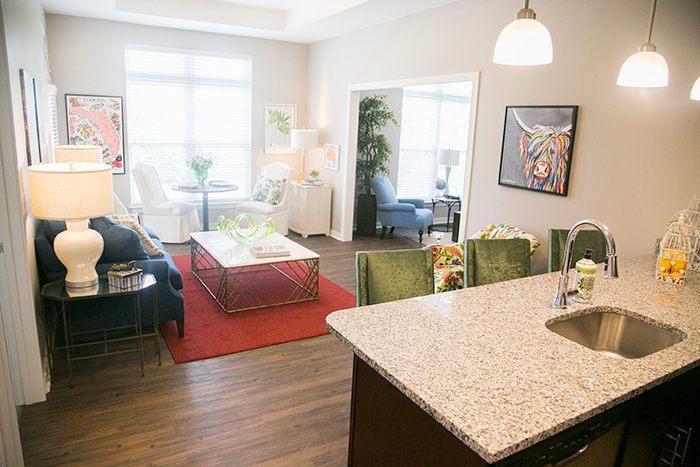 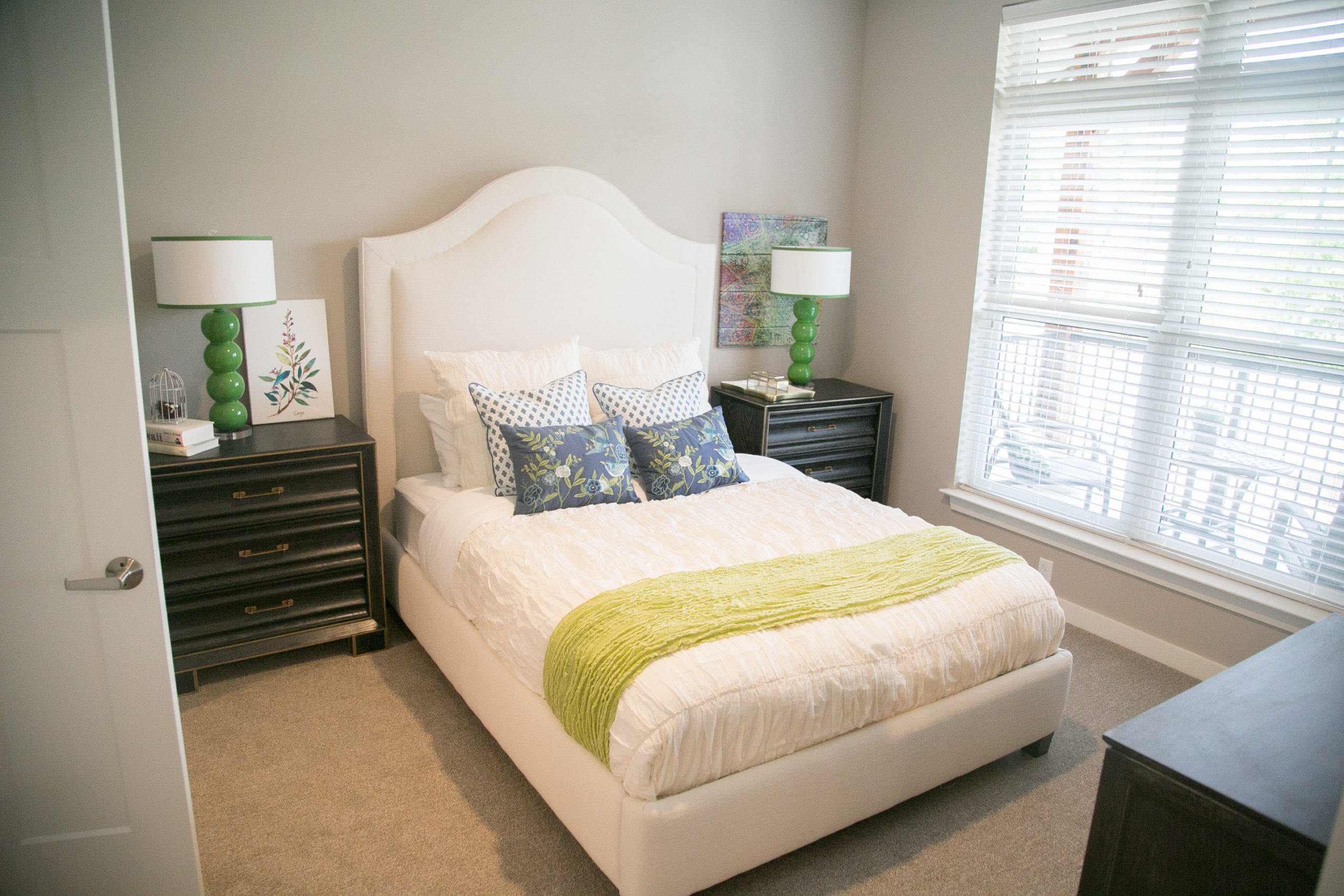 And here’s the pub area and adjacent casual dining room: 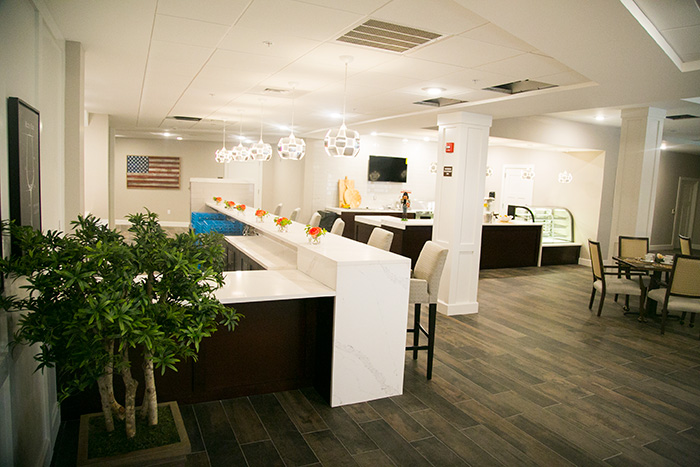 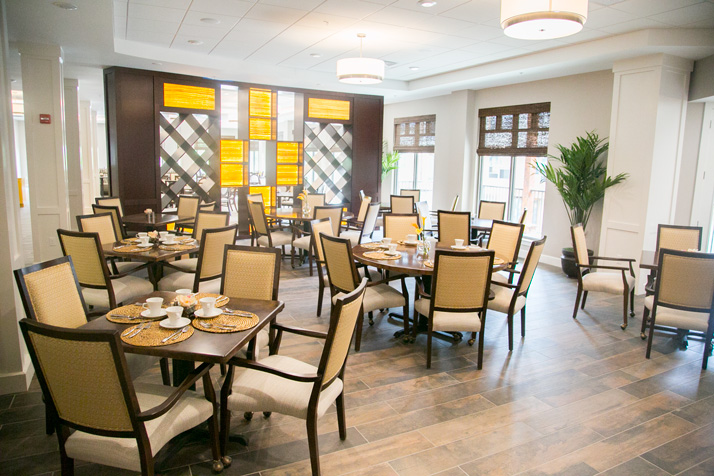 Ziegelmeyer said motorists will notice landscaping going in around the main community building in the coming few months.

The presence of residents on site marks the end of a long journey for the project, which initially stirred controversy after the idea was proposed for the site following the closure of Mission Valley Middle School in 2011. A group of surrounding homeowners organized against the first plans for the project in a protracted bureaucratic battle that went on for more than a year. But in summer 2015, Tutera and the neighbors reached an agreement about a compromise plan that was smaller in scope than the original and that featured architecture that was more in line which some of the surrounding neighborhoods. Tutera and Prairie Village officials marked groundbreaking on the project in June 2016.