A consulting firm has been selected to come up with two plans to redo Overland Park’s Santa Fe Commons Park – one with a farmer’s market and the other without.

The Overland Park City Council approved a contract for RDG Planning and Design Monday to come up with a redo of the park in the city’s old downtown. The consultant must design a “high-quality urban park” for daily use by residents that could also be used for occasional larger community events. The second concept calls for all those features, plus permanent facilities to house the city’s farmers market.

The council approved the choice of RDG on its consent agenda and with no discussion. The next step will be to negotiate a contract. RDG has asked $98,600 plus expenses, according to documents on file with the city.

RDG’s proposal calls for “robust stakeholder meetings” to assess how the park should be changed. Several meetings with neighborhood, market leaders and downtown merchants, among others, will also be held.

Santa Fe Commons Park was favored by another consultant as a potential new location for the farmers market. The current location, just a couple of blocks away, has drainage issues and needs to be updated, according to that study. Officials also wanted to consider a market building that would give more protection from the weather than the open-sided structure currently in use.

But a move to the park has been controversial among neighbors who worry about the disruption and parking along their streets. Downtown business owners, who benefit from the market traffic, also have had qualms. After several meetings, the city decided to put the idea on hold for a while.

In the meantime, though, the city continues to look at measures to improve the market experience. Also this week, Overland Park took ownership of a downtown car wash that will become extra parking for the popular market. The city council is also considering spending around $200,000 to update the current farmers market shelter and its electrical system. 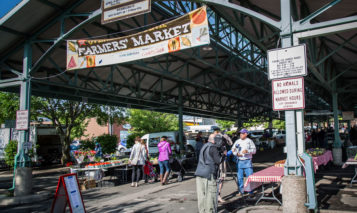 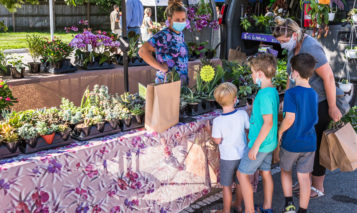 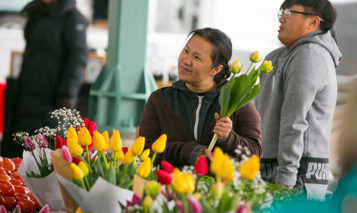