This week, the shops have gone dark without explanation.

A note posted in the Overland Park location window Wednesday says only that “We are closed today. Sorry for any inconvenience.” The same message was posted in the Westport shop’s window. And this morning a reader reports that there’s paper covering the north Kansas City location’s windows and the Doughnut Lounge sign there has been removed.

A trip to the Overland Park store this morning found the store dark, locked and with no one on site: 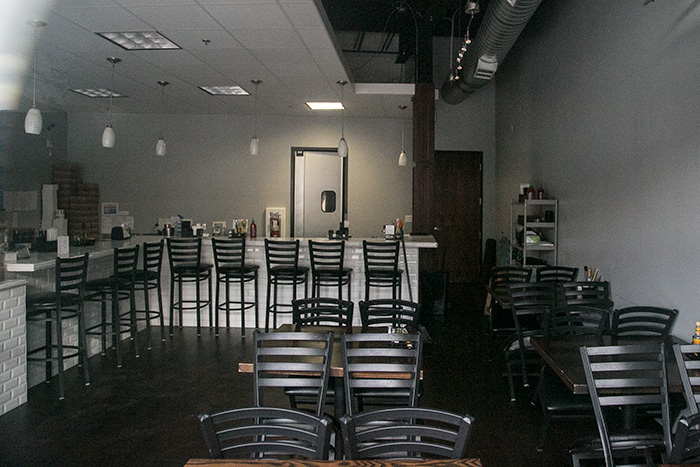 Doughnut Lounge offered specialty doughnuts that paired the sugary pastry bases with uncommon toppings, like bacon or crushed graham crackers and marshmallow. They also offered more traditional breakfast fare, like omelets, and a selection of cocktails.

Meanwhile, El Salvadoreño’s plans to relocate to a spot on 87th Street across from the Johnson County Central Resource Library appear to be moving forward. The owners have an application before the Overland Park Planning Commission for a special use permit allowing a drinking establishment on the site.