A new push to lease retail space in the development appears to hint that a groundbreaking for the long-stalled Mission Gateway project could be near at last.

A number of Mission area residents noticed new signage go up around the perimeter of the property this week reading “available.” Those signs were intended to communicate that local brokers from Colliers International have been retained to begin leasing retail suites that will sit on the ground level below apartment units as well as commercial space.

New marketing documents posted on the Colliers website show the most detailed design schematics yet for the development. Among the highlights:

Here’s the overhead view from the marketing document: 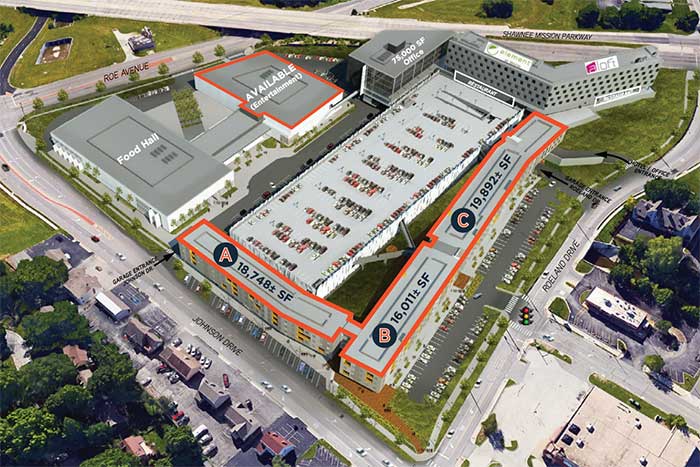 The Cameron Group, LLC, which owns the property, has not responded to a call for comment made this morning. We’ll update the story if we get in touch with them.

Under the terms of the public finance incentives package approved by the Mission city council last October, Cameron must commence work on the first phase of the project to begin by October 2018. Mission officials confirm they have received a building permit application for phase one of the project, but that the application is still under review.

It will be five years ago this August that developer Tom Valenti joined local officials in a groundbreaking ceremony on the site for a previous version of the project that never came to fruition.