Most Saturdays, the parking lot outside Overland Park City Hall is a pretty staid spot. This past weekend, it was hopping. 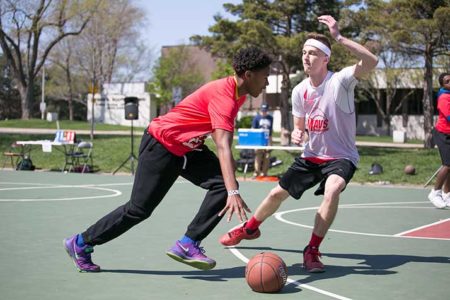 With temporary courts set up in the city hall parking lot and games on the permanent court fronting Antioch Road, the Overland Park Police Department hosted its third annual “All Nets. No Drugs” 3-on-3 basketball tournament.

The department started the event as a way to build relationships with youth in the community. In addition to the tournament — with brackets for teams made up of middle school players and for high school players — the event featured food trucks, a DJ, free hair cuts and representatives of the armed forces.

This year’s winners were as follows: 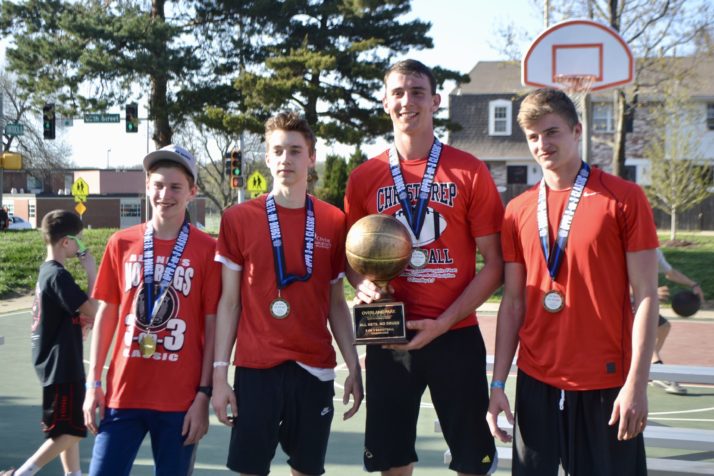 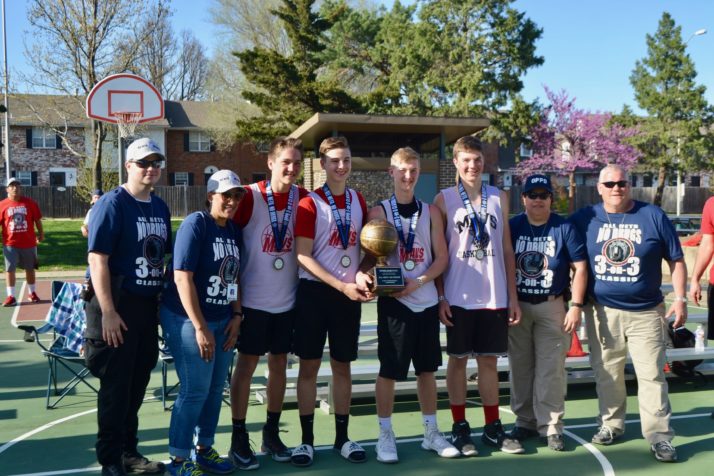 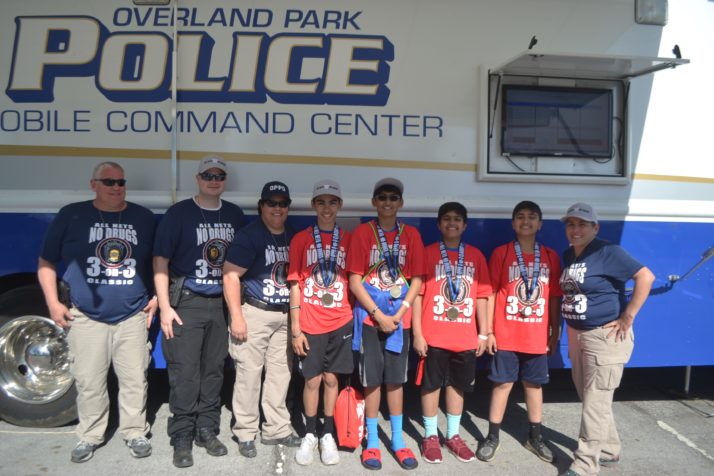 Congrats to this year’s winning teams!

Bishop Miege boys show how good they can be in big third quarter against St. James