In the wake of the school district’s move to stop teachers from wearing safety pins following the 2016 elections on the grounds that they could be interpreted as “divisive and partisan political speech,” a group of Shawnee Mission teachers and advocates started talking about ways to improve “cultural competency” in district classrooms. 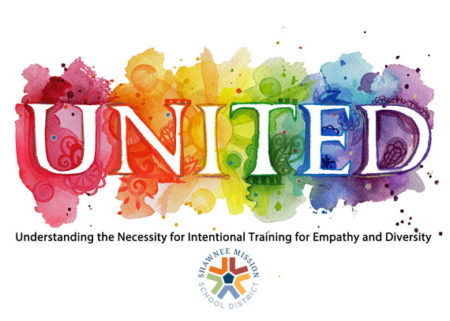 A year and a half later, UNITED has become a force in providing Shawnee Mission teachers with a venue to learn how to navigate sticky issues like immigration, poverty and disabilities.

Most of the efforts have taken place at the building level, with school-specific panel discussions on issues like race and LGBTQ rights.

“The idea is to help teachers and staff develop empathy for what students might be going through,” UNITED co-founder Liz Meitl said. “Teachers need the space to be able to have these conversations, and feel like there’s a place without having to worry about being politically correct or asking uncomfortable questions.”

Recently, the group has started working on initiatives beyond the building level as well.

On Wednesday, the group, which Meitl describes as a partnership between the Shawnee Mission community, district and local National Education Association chapter, will host its second district-wide forum. The topic for the event, which will be held at SM West from 6:30 to 8 p.m., will be immigration, and will feature three district students, a parent, and a teacher as well as an immigration lawyer discussing immigration issues and how they intersect with schools.

While Wednesday’s event is geared toward teachers, it’s open to everyone.