After a year and a quarter of construction, the Johnson County Library will open its new Monticello branch in Shawnee Sunday, August 5, library staff told the board at its monthly meeting Thursday.

At 33,548 square feet and two stories, the $18.1 million facility will be among the largest in the system, and will serve the fast-growing neighborhoods in western Shawnee and Lenexa.

Among the notable features of the new library will be:

Additionally, Monticello will feature installations by three area sculptors, Beth Nybeck, Jim Woodfill and Stephen Licthy. Those works will be unveiled when the library opens in August.

The library’s Scott Sime told the board Thursday that they had selected Sunday for an opening date for the branch to highlight the fact that it will be one of five locations in the system with Sunday hours.

Library officials said the opening event would be “low key” and would feature tours of the new building as well as the chance to meet the local artists who completed work for the building.

“We know how eager our residents are to get into this beautiful facility,” said library board chair Nancy Hupp. “So we are inaugurating services quickly, and people can start using their new Library right away.” 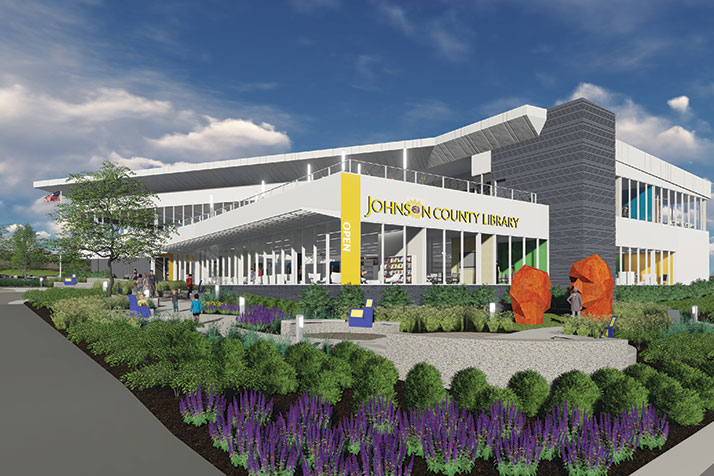