Heavy winds helped spread a fire that destroyed a home in the 5600 block of Riggs Street in Mission on Saturday.

When fire crews arrived around 3 p.m., flames were engulfing the front of the house as well as a sedan in the driveway.

Crews from Consolidated Fire District No. 2 and the Overland Park Fire Department responded to the two-alarm blaze. They had the scene under control with no visible flames coming from the structure by about 3:20 p.m.

No one was injured in the fire, and investigators are working to confirm the cause. 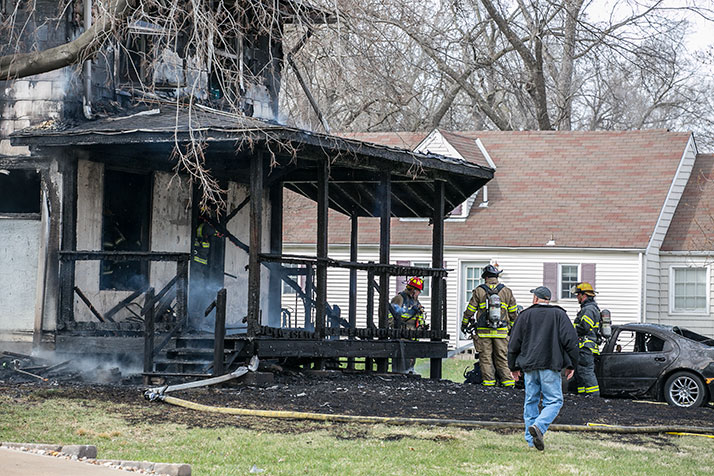