Each legislative session, we provide the Shawnee Mission area’s elected officials with the chance to share their thoughts about what’s happening in the state capitol. Rep. Stephanie Clayton and Rep. Jarrod Ousley are scheduled to send updates this week. Here’s Rep. Ousley’s filing:

Over the last two weeks, news about the Kansas legislature has been dominated by the release of the K-12 finance formula study, which was contracted by Republican leadership with the hope that it would find that our education system does not need additional funding. Much to leadership’s surprise, the study found that our public schools need a massive infusion of anywhere between $600 million more dollars to maintain current performance, and up to $2 billion dollars to reach state goals. The study received so much attention, that many believe the conservative’s introduction of a bill that would create liability for school districts should they fail to arm educators was an attempt to shift public focus from our unconstitutionally underfunded education system to the topic of arming teachers. While the school district liability bill, HB 2789, received a hearing in the House Insurance Committee, it received an enormous pushback, with hundreds submitting oppositional testimony and over 5,000 signatures on a petition against it, and the bill was not worked. While no bill is ever truly dead, it may be that the bill served the conservative’s primary purpose already of shifting attention away from education finance.

My focus this session has been on introducing and supporting legislation that will help ease the overburdened, underfunded, and inadequate Department of Children and Families (DCF), to assist our state’s vulnerable foster care children.

Two bills over the last week have highlighted my frustrations with the system. The first is HB 2481 a bill that Republican leadership in the Senate amended to include the “Adoption Protection Act”, and the second is a bill I introduced in the House Federal and State Affairs Committee, HB 2751 Creating a Child Care Advocate Office, outside the chain of DCF.

The ironically named the Adoption Protection Act creates a statutory protection for adoption agencies contracting with the state (and therefore receiving tax dollars), who wish to legally discriminate against adoptive parents who would violate their sincerely held religious beliefs. This would allow these agencies to deny placement with families that violate their religious beliefs, potentially including families who are LGBTQ, of differing religions then the placement agency, single parents, parents who do not attend church, or who use tobacco or alcohol, or any other number of lifestyle choices that a religious denomination would disapprove of. There are approximately 7,000 children in Kansas foster care, and at any time roughly 1,000 of them are up for adoption, and this bill would eliminate homes that have passed a home inspection, criminal background check, and who have the financial resources to support a child. DCF submitted testimony in support of this discriminatory bill. While the new Secretary Meier Hummel did not present the testimony herself, I followed up with her in my Protective Services and Family Preservation working group (a sub committee of the Foster Care Task Force). She responded that there were no agencies in Kansas that have currently complained about violations to their sincerely held religious beliefs, but that an outside agency had told her over the phone they might come to Kansas if there was this type of statute in place. I asked her who the agency was, and she declined to provide a name. Her support for this bill is a complete 180 degree turn from her previous comments, where she said DCF would have a zero tolerance policy on discrimination. It is beyond unreasonable to eliminate access to safe, loving homes for children in need of care, on the off chance that an amorphous outside agency “might” come to Kansas. I testified against this bill during it’s hearing. While the bill was voted down on the House floor, Rep. Jennings made a motion to reconsider, and it has been sent to conference committee, and is still “alive.”

My Creating a Child Care Advocate Office bill had a hearing the same day as the discrimination bill. Modeled off of legislation that was introduced in Missouri in 2004, it mirrors legislation in 22 other states. It creates an independent child advocate oversight office, that reviews records from DCF, and allows the individual who staffs it to recommend policy improvements to foster care (similar to what Kansas did twenty years ago, creating a long term care ombudsman independent from the Department of Aging). Adrian Jones’ grandmother offered powerful testimony in favor of this bill in committee, stating she believed if such an office had been in place, her grandson might still be alive. DCF testified against the bill, citing costs. Based on the comparative costs in other states, the actual costs would be no where near what was projected by DCF. After the hearing, the bill was referred to the Judicial Counsel for review, an outside body that will provide recommendations on the bill next year.

Thus, DCF supports discriminating and limiting children’s access to adoptive parents, but opposes an outside office that would review their records and advocate for children outside of their chain of command.

Finally, this week my subcommittee, Protective Services and Family Preservation, was presented with the State Child Death Review Board’s Annual Report. This report, compiled every year to meet federal requirements, has not, to my knowledge, been presented or received a hearing in any committees in the legislature for the last four years. It contains analysis of the various types of deaths of Kansas children, including natural causes, SIDS, and homicide and abuse. In 2005, the first year included in the report, the homicide death rate for children between the ages of birth to 17 was 16.2 per 100,000 population. In 2015, the most recent year included the homicide death rate was 31.5, nearly doubling in the ten year period of time. Of homicides, 66% were homicides related to child abuse, while only 5% were related to gang violence, and 29% were deaths that did not fall into either category. 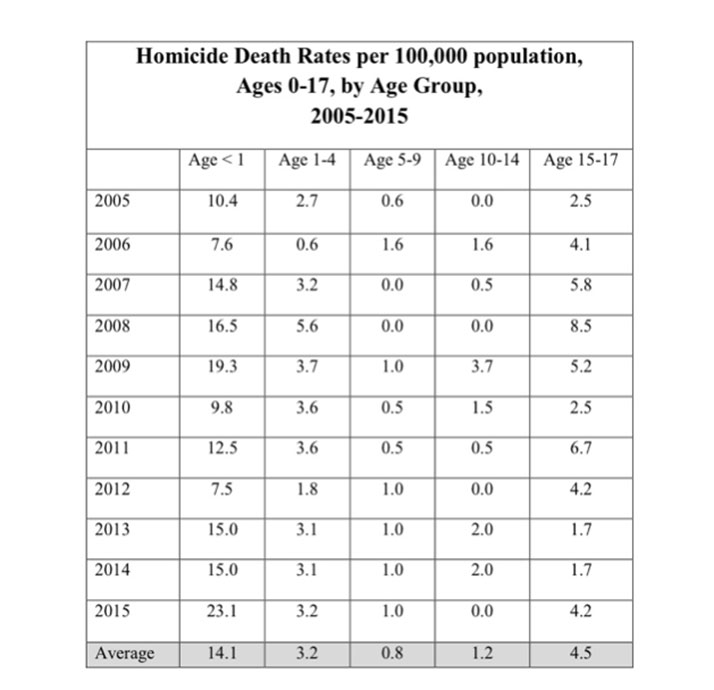 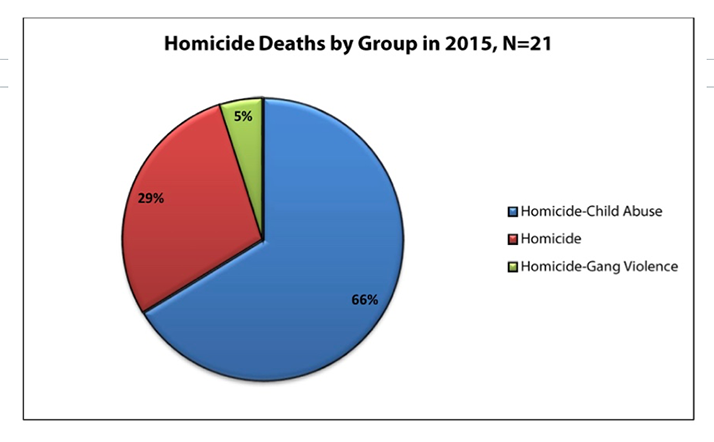 More importantly, is that this report comes with policy recommendations, which happen to support multiple bills that were introduced this session by members of the Children and Seniors Committee and the Foster Care Task Force.

Under recommendations to prevent child abuse and neglect deaths, the number one recommendation is to increase access to affordable, high-quality child care. Under another ironically named bill that passed during previous sessions, the Hope Act, child care assistance eligibility was dramatically reduced. Rep. Monica Murnan (D)(member of Children and Seniors) introduced HB 2622 this session, which would increase eligibility for this assistance. Her bill did not receive a hearing. Rep. Gallagher (R) and I introduced HB 2666, concerning public assistance including child care subsidies, and it also was blocked from receiving a hearing. As Rep. Parker (D) noted in his last legislative update, Committee Chairs have the power to determine whether a bill is heard, and are selected by Republican leadership.

Another recommendation of the report is to improve coordination and communication with law enforcement. With the assistance of Johnson County DA, Stephan Howe, Wyandotte County DA, Mark Dupree, Sedgwick County DA Mark Bennett, I introduced a bill that required notification to law enforcement whenever two or more mandated reporters file reports on the same child, HB 2631. It received a hearing on February 15, but was not worked. It is my hope it is referred to the Judicial Counsel, or the Foster Care Task Force, rather than dying this session.