One of northeast Johnson County’s most beloved play destinations is set to re-open to the public just as the weather turns inviting.

Johnson County Park and Recreation District has announced it will hold a grand re-opening ceremony for “Dodge Town” at Antioch Park in Merriam Saturday, April 7 at 10:30 a.m.

Originally opened in 1967, Dodge Town recreated in miniature the fixtures of a main-street in a small western Kansas city. The play area had received a major renovation in 2004 and 2005. But in the years since many of the buildings had begun to show signs of decay, and drainage issues were compounding problems.

JCPRD closed the site to visitors in September, and a contractor, Complete Construction Services of Shawnee, set about replacing all of the buildings, decking and mulch.

Though the buildings will be brighter, the layout should be familiar to kids and parents. The bank, Pony Express station, general store, blacksmith shop and city hall with clock tower are all back, as are the fake horses and cows. However, the livery is gone. Instead, visitors will note a new train station.

“We’re adding a train station, which is going to be a large covered area that will have benches, which is intended for parents to have a nice shaded area to sit with a good view of Dodge Town,” JCPRD Project Manager Megan Merryman said ahead of the project last summer.

The mulch is being replaced with a pour-in-place surface that officials say should dry faster after rains and make it easier for kids to return to play sooner.

Dodge Town opened approximately 10 years after Antioch Park — JCPRD’s oldest — opened to the public in 1958. It attracts as many as 700,000 visitors each year. 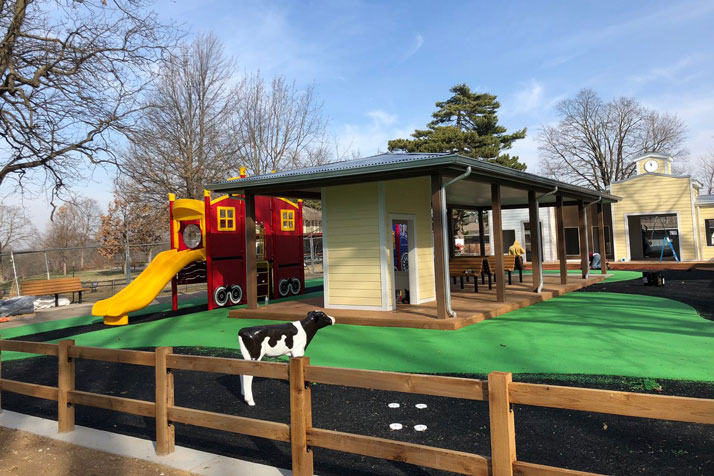 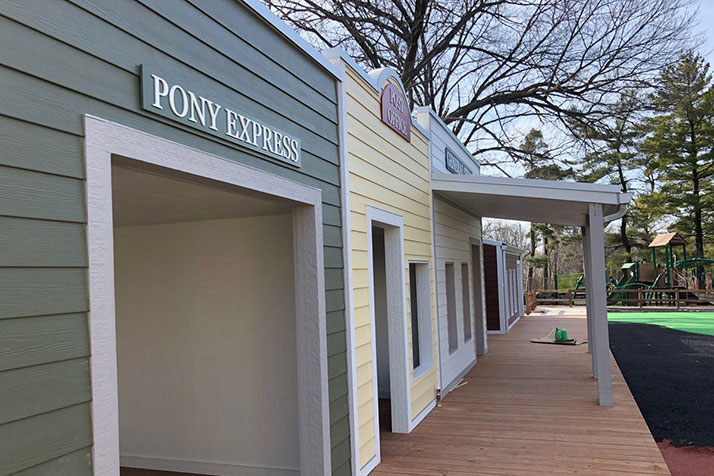