Coming up on a year since a series of storms did damage that forced the closure of part of the Turkey Creek Trail near I-35 and Antioch, the city of Overland Park is hoping the Federal Emergency Management Agency will approve a request to help cover the cost of $1.24 million in repairs.

The trail was first damaged by heavy rains May 23, 2017, which flooded the creek and saturated the soil under the trail pavement, causing cracks and damage to a retaining wall.

City parks officials were devising a plan for repairs caused by that storm when another storm hit July 27, compounding the issues caused by the first storm and leading to a slide that sent heavy rocks across the trail: 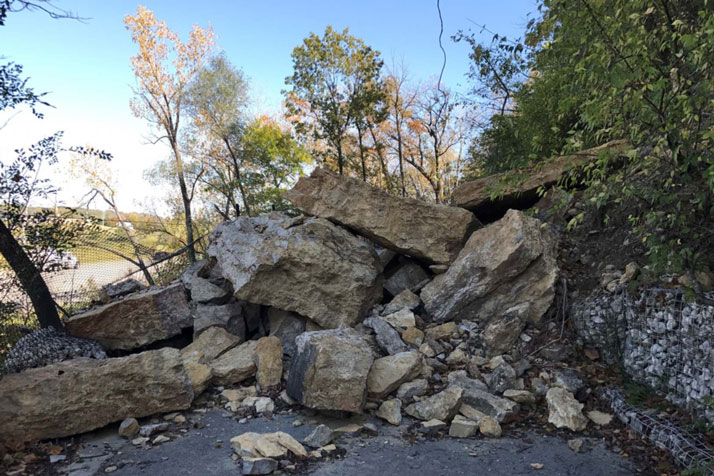 The city has filed a claim with FEMA, and is working with federal officials to determine whether the damage is eligible for financial assistance through two grant programs.

“At this point, the timeline for reopening is dependent on FEMA’s evaluation,” said Meg Ralph in the city’s communications department.

A map showing the location of the two major damage points is below: 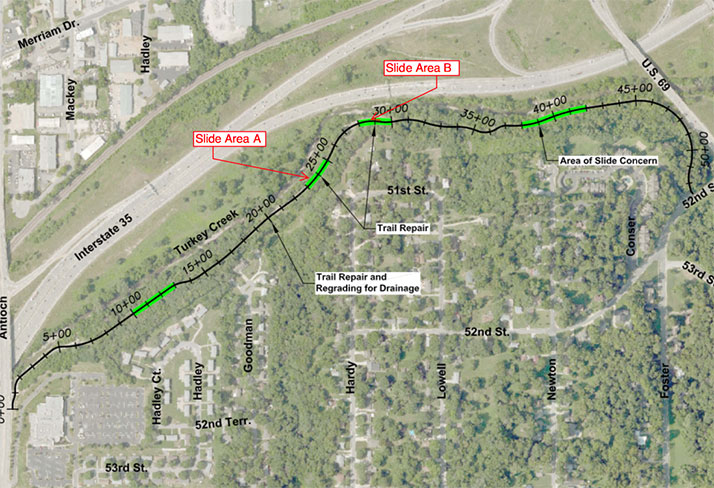