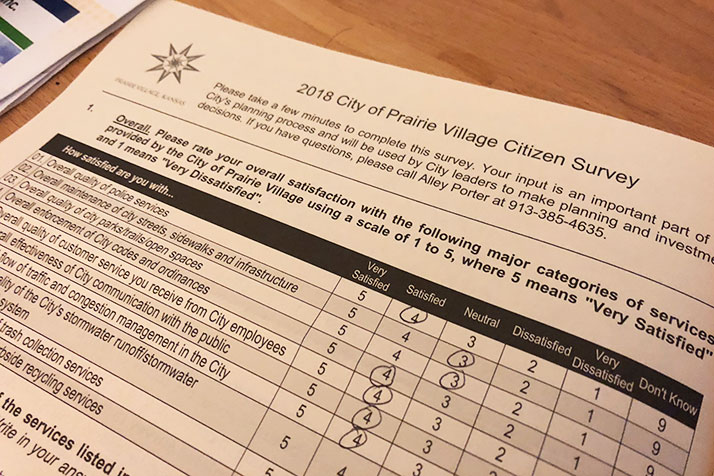 Prairie Village citizen survey asks residents to rate services, priorities. Prairie Village residents have received a survey from the ETC Institute in their mailboxes in recent days that asks them to rate their satisfaction with the city’s services as well as their priorities for the city moving forward. The council will use the results to help guide their agenda setting and future planning. It includes specific questions about how the city should address the “teardown/rebuild” wave, and whether there is support for the idea of paying members of the council and the mayor. The city council approved the spending of approximately $15,000 to have the survey administered.