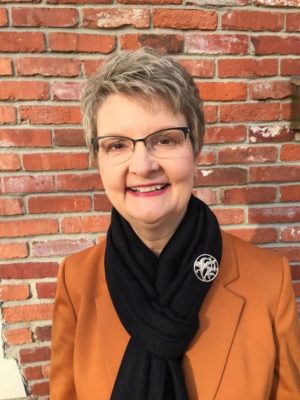 The former director of Johnson County’s domestic violence agency has filed to run for the seat on the Johnson County Board of County Commissioners held by Jason Osterhaus.

Janee’ Hanzlick, who was with SAFEHOME for 20 years and finished her career there as its CEO, says she wants to join the county commission to ensure Johnson County “remains an outstanding place for people to live and raise families, and where businesses can flourish and enrich our local economy.”

On her new campaign website, Hanzlick makes apparent reference to the surprise decision to remove award-winning County Manager Hannes Zacharias from his post at the end of last year. Osterhaus, who was first elected in 2010 and whose second term expires early next year, was among the group of four commissioners who voted to oust Zacharias.

“Some of our County Commissioners have indicated that it is time for the county to pursue a new direction and new leadership,” Hanzlick said on her website. “They are willing to jeopardize our award-winning and nationally-recognized county for an undefined, untested future.”

She said that with increased need for mental health and public safety services, she believes the county needs a commissioner who is committed to “both fiscal responsibility and high-quality services.”

Hanzlick isn’t the only one set to mount a challenge to a commission incumbent. Olathe School Board member LeEtta Felter announced she was running for the seat occupied by 5th District Commissioner Michale Ashcraft in December. Ashcraft has not filed for re-election to date.

Sitting County Commission Chair Ed Eilert and 1st District Commissioner Ron Shaffer have both filed for reelection. No one has filed to challenge either Eilert or Shaffer at this point.