Roeland Park area homeowners facing steep increases in the value of their homes expressed frustration at a town hall event with the Johnson County Appraiser’s Office hosted by the NEJC Chamber and the Shawnee Mission Post Monday.

Roeland Park and Mission residents saw the highest average home value increases in the Shawnee Mission area in this year’s appraisals, which went out the last week of February. Both cities had average increases in the value of single family homes of more than 15 percent from 2017 to 2018.

Representatives of the Appraiser’s Office explained to attendees that market forces had substantially increased demand for homes under $350,000 in northeast Johnson County, and that was causing values to spike.

A number of attendees told the Shawnee Mission Post after the event that they had lived in their homes in the area for decades, and were now living on fixed incomes. The possible increase in property taxes that could accompany the valuation jumps had some worried about being able to make ends meet.

Appraiser’s Office representatives said the relative lack of inventory of properties affordable to first-time homebuyers was pushing values in Roeland Park and Mission neighborhoods up quickly.

“Because there is such a limited market on those homes, it puts pressure on sale prices,” said the Appraiser’s Office’s Jeffrey Ramsey. “Sales prices go up, and we have to value based on what the sale prices tell us what the market is.”

Video of the full town hall meeting is embedded at the bottom of this post.

Below is an information sheet provided by the county to attendees: 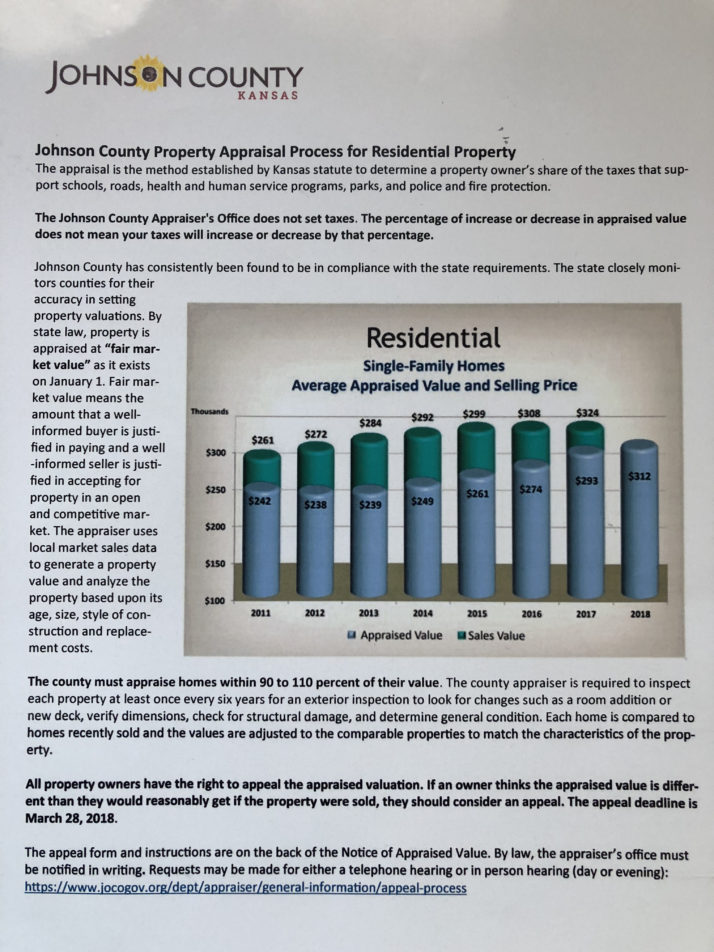 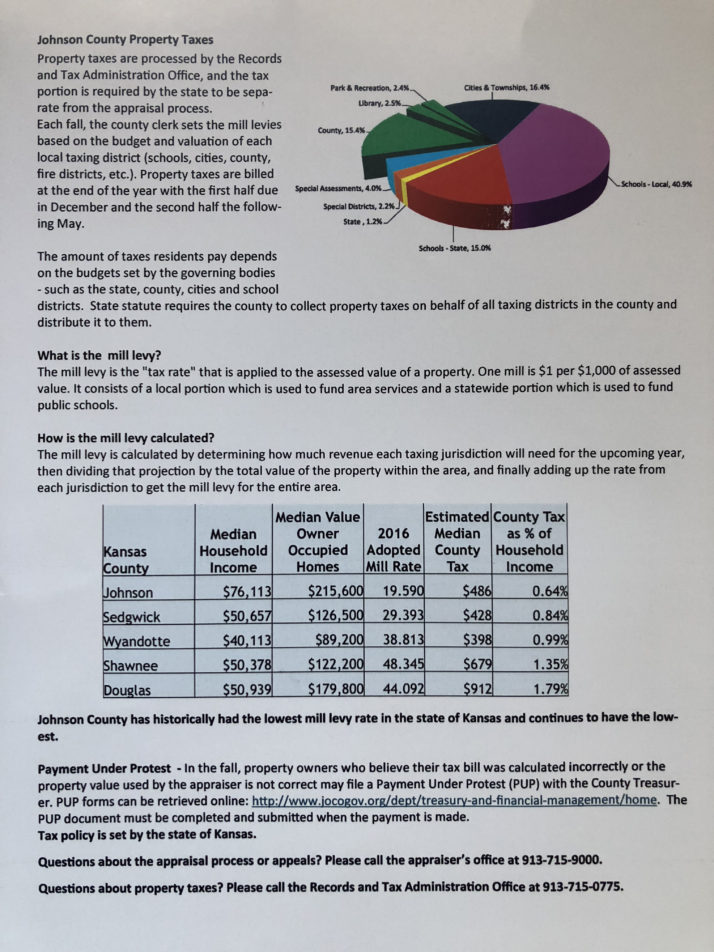