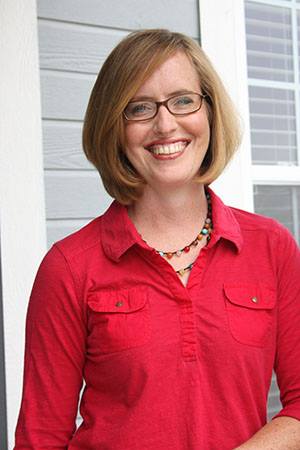 Each legislative session, we provide the Shawnee Mission area’s elected officials with the chance to share their thoughts about what’s happening in the state capitol. Rep. Brett Parker, Rep. Cindy Neighbor and Sen. Dinah Sykes were scheduled to send updates this week. (Rep. Neighbor has not responded to any of our invitations to participate in Capitol Update).

The legislature completed its first full week after turnaround (the time when bills must have gone through at least one of the chambers to still be considered). The week was an eventful one starting with one of my colleagues, Senator John Doll of Garden City, changing parties from being a Republican to becoming an Independent.  Senator Doll made this change and joined Independent Greg Orman’s campaign for governor as the candidate for Lt. Governor. While Senator Doll will continue to caucus with Republicans, his committee assignments were taken away causing a reshuffling of committee membership.

As we near the end of the session with many important issues still ahead of us, the ability of constituents to follow the proceedings of the legislature is improved with live streaming of the session through the Kansas Legislature YouTube channel. While past years have allowed listening to audio streams, the video streams are new this year.  Each day during session you can follow the proceedings and watch the legislature as it does its work.

The most contentious bill in the Senate last week was SCR 1611 calling for the U.S. Congress to call a convention of the states for the purpose of amending the US Constitution.  This resolution needed a two-thirds majority to pass and failed as it had a final vote tally of 22-16.  I voted no on this resolution for several reasons.  Communication from constituents was 2 – 1 against passing the bill. In addition to constituent communication, I was deeply concerned that the process for choosing delegates along with the process for ratification of adopted amendments is not clearly defined. Calling for a convention while the processes necessary for the convention are undefined invites change to the most important document for our government without any appropriate guarantees that extremists on either side will not hijack the process for their own aims.

My committee work has focused on several different areas. In our Commerce committee, hearings have focused on STAR bonds. I continue to support smart private and public partnerships with local control though we must become more transparent around this process and be wiser about how these investments are used.  This week we also held a hearing about broadband access for the state, establishing a task force and the importance of broadband Internet for continued economic development.

In Ethics, Elections & Local Government we held hearings on bills that would require candidates for Governor to be 18 in order to run for office.

In Senate Education we held hearings on concurrent enrollment and several other factors that influence costs for delivering education. I also attended the Senate Education Finance committee to hear the first report from the group tasked with calculating the needs for Kansas schools as part to the ongoing effort to remedy the problems found in the Gannon decision.  I expect that attention this week will focus on starting to answer many of the open questions around school finance as we will receive Dr. Taylor’s study on school finance on the 15th.

I continue to push for increased transparency in Kansas Government. Senate Bill 350 would do away with anonymous bills in Kansas and make that law rather than rules of either chamber which could be changed easily.  The bill is a bipartisan effort where Senator Hawk and I have secured twenty-two other senators as cosponsors.  While the bill has not yet had a hearing, it is in the Committee for Federal and State Affairs which means that the bill could still come to the floor of the Senate.  I urge the committee chair to give this bill a fair hearing and given the number of cosponsors the opportunity for the full Senate to vote on this legislation. Transparency should not be optional in the public’s work.