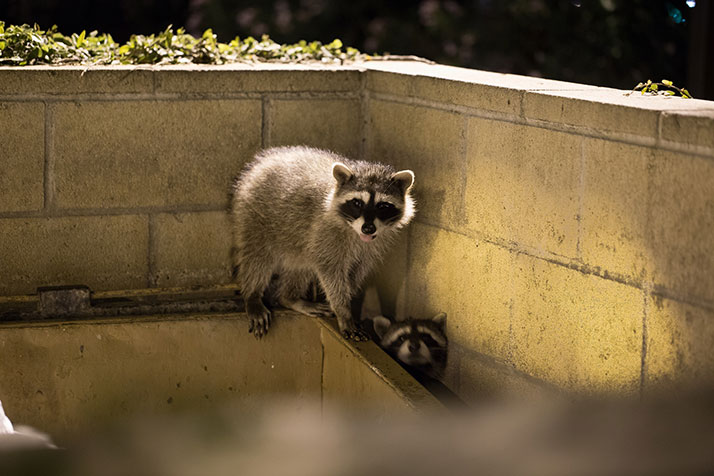 Northeast Johnson county officials say animal control officers have seen a spike in the number of raccoons in the area apparently infected with distemper, a viral disease that leaves them disoriented and prone to unusual behavior.

Capt. Dan Madden of the Mission Police Department said that Northeast Animal Control has euthanized 13 raccoons for suspected distemper in recent weeks. In one incident, a sick raccoon encountered a dog in Roeland Park and the two animals began to fight. When the dog’s owner tried to separate the animals, the raccoon bit the owner. (The raccoon was tested for rabies, but was not a carrier).

Though the viruses that cause distemper pose no significant threat to humans, they can infect pets. As such, animal control officers advise anyone who sees a raccoon acting strangely to keep pets away and call animal control. They also recommend ensuring your pets’ vaccinations are up to date.

“When they get to the final stages of the disease, they tend to act kind of like they’re intoxicated — not able to maintain their balance or wandering around,” Madden said. “They are pretty passive for the most part, but since they are disoriented, they may show up in odd places.”

It’s often when raccoons are in the final stages of the disease that people will see them out walking during the daytime, or find them paralyzed in a yard or creek.

Madden noted that distemper affects raccoon populations in waves, and that outbreaks are relatively common when a local population has been growing.

“When the populations gets rather large, it happens,” Madden said. “Every few years it will run through a group.”