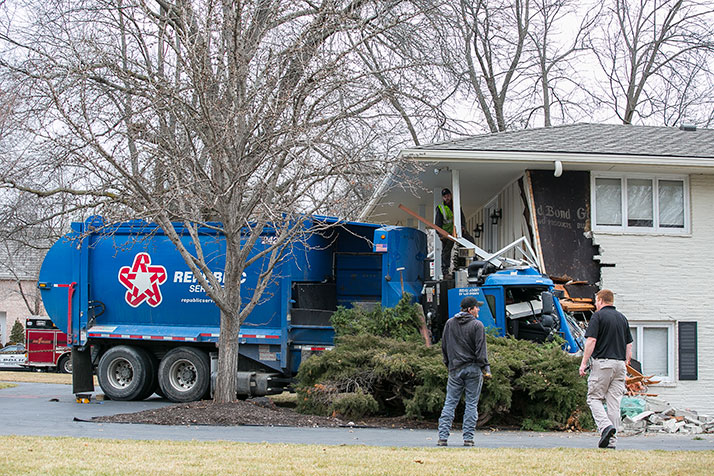 Police say they have not determined what caused a Republic Services garbage truck to lose control before it smashed into a Prairie Village home Wednesday morning, seriously injuring the driver.

Two residents were at the house when the accident occurred around 11:15 a.m., with a homeowner and a contractor working in the neighborhood coming quickly to the drivers’ aid until emergency responders arrived.

The truck drove through the yard of the home at 83rd Terrace and Cedar, slamming into its southwest corner and seriously damaging two bedrooms. The crash also led to a severed gas pipe, which caused explosion concerns and brought firefighters and utility crews to the scene.

Once the gas leak had been mitigated, crews began working to remove the truck from the home. A tow truck’s winch hooked to the back of the Republic vehicle and slowly pulled it back from the home. As it began to move, a thick wooden beam that had smashed through the windshield garbage truck gradually emerged from the truck’s cab:

Prairie Village police say they are still investigating the incident.

“We are unable to ascertain any information from the driver as he is still unconscious,” said Capt. Byron Roberson Wednesday evening. “We do not have a prognosis on his condition but is reported as serious.”

The driver was the only person injured in the accident. 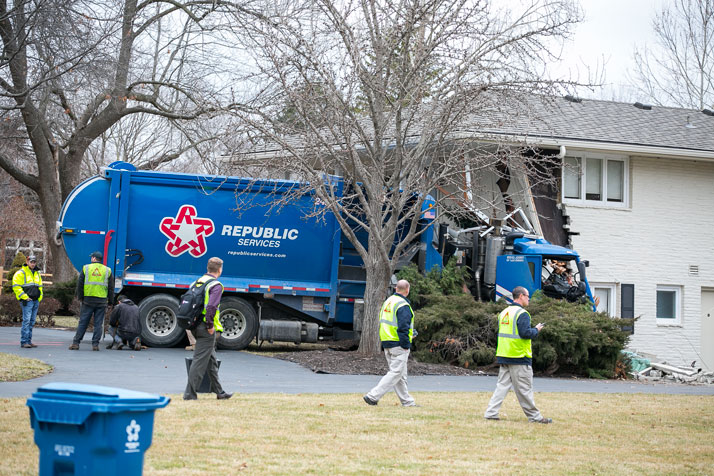