Marketing documents from commercial realtors at Copaken Brooks say that the 38,000 square foot Sears Outlet at 87th Street and I-435 will be available for another tenant July 1.

A retail associate at the Lenexa Point Sears Outlet store said they had not been informed about a final date of business at the location.

Sears Holdings announced in January that it would be closing 64 Kmart stores and 39 Sears stores between March and April. The Lenexa Sears Outlet, which primarily features appliances and furnishings, was not on that closure list.

Sears has seen its finances in distress as more and more people have moved to online retailers in recent years, forcing the once-ubiquitous department store chain to close hundreds of shops across the country. The Metcalf South Sears that had been in operation since the 1960s shut its doors in September.

The Lenexa Point center features a Sprouts Farmers Market and the Hops & Vines liquor store in the same building as the Sears Outlet, with three fast food restaurants on pad sites. Here are images from the Copaken Brooks marketing document: 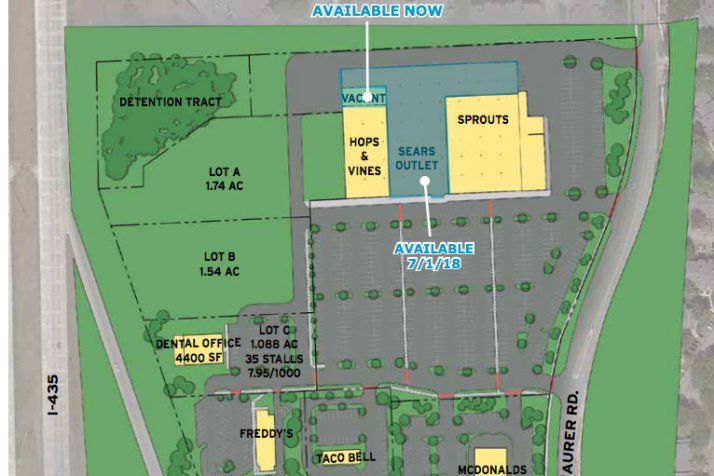 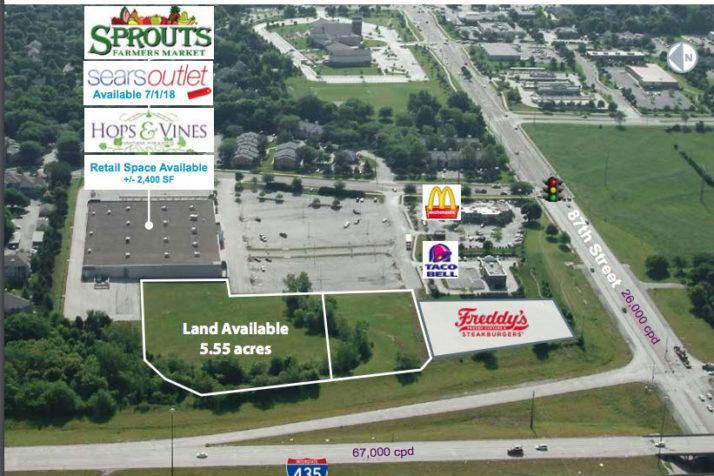