The acquisition of homes adjacent to the proposed $1.8 billion mixed-use redevelopment of the Brookridge County Club will be sending the controversy-generating project back through the Overland Park Planning Commission next month.

Curtin Property Company recently agreed to purchase several homes on Antioch Road south of the intersection with 103rd Street that back up to the Brookridge golf course. In late January, the company formally approached the city about using those home sites to reintroduce some retail development that had been present in earlier versions of the proposal.

Overland Park Communications Manager Sean Reilly said the new submittals received by the city include 99,000 square feet of new commercial space planned for the northwest corner of the project site. The new plans show three separate retail buildings at the intersection of 103rd and Antioch, as well as a new golf clubhouse: 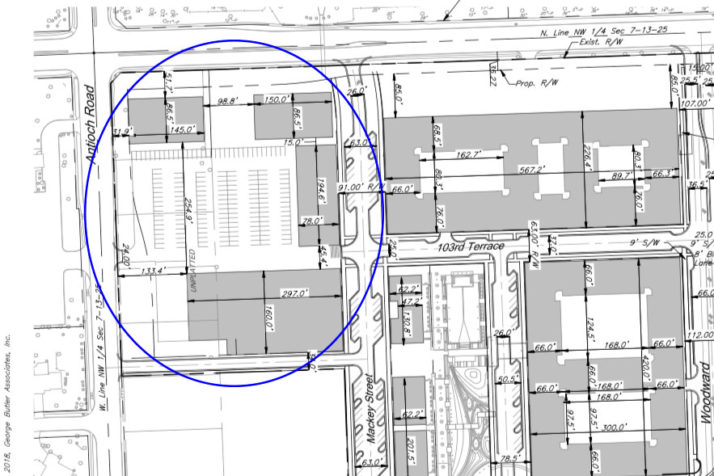 The rezoning request is likely to prompt a new wave of pushback from neighborhood homeowners, who have organized against the project almost since Curtin first proposed redeveloping the property in 2014. Neighbors made a visible show of their opposition to the project when Curtin last came before the council requesting revisions to the site plan in 2017.