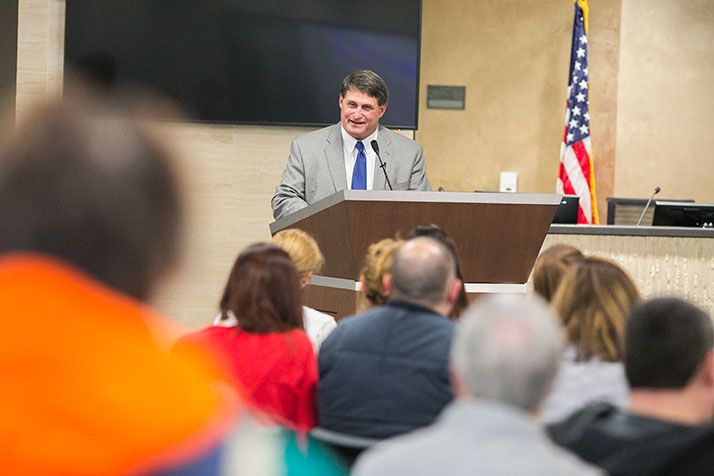 New Shawnee Mission superintendent’s contract includes same car allowance, tax-sheltered annuity as Hinson’s. Incoming Shawnee Mission Superintendent Michael Fulton’s compensation package will be roughly the same as what Jim Hinson received his final year in the district. KCUR’s Sam Zeff reports that in addition to the $250,000 base salary announced when the board hired him earlier this month, Fulton will receive a $1,000 a month car allowance and a $24,000 per year tax-sheltered annuity. Those were perks that were part of Hinson’s contract when he retired from the district. Hinson was making $254,280 in base salary his final year with the district. [Shawnee Mission Reveals Details Of Superintendent’s $250,000 Salary —KCUR]

Shawnee Mission will accept transfer applications starting March 1. Families interested having their children attend a Shawnee Mission school outside their neighborhood boundaries can put in a transfer application March 1. The district has announced that the following schools will not be open to transfer students “due to enrollment adjustments and/or high enrollment”: ApacheIS, Briarwood, Broken Arrow, Christa McAuliffe, Corinth, East Antioch, Mill Creek, Overland Park, Rhein Benninghoven, Rising Star, Shawanoe and Sunflower. You can find out more about the application process here.