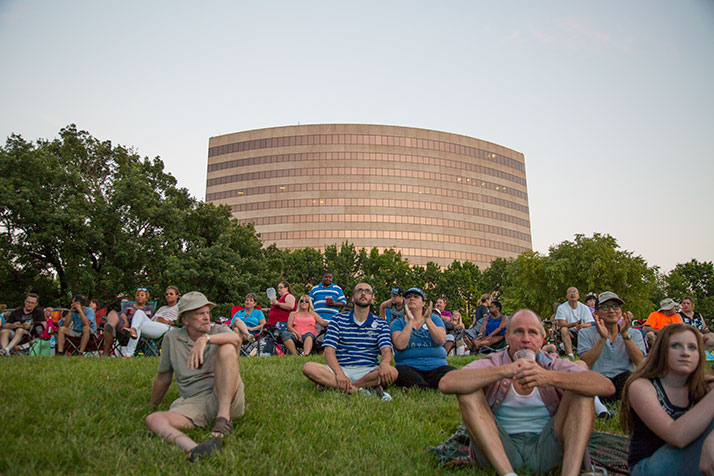 For the first time in 28 years, the Overland Park South Rotary Club won’t be hosting its annual summer music festival at Corporate Woods.

In a letter to previous patrons of the event sent late last year, organizers noted that they had not received enough financial commitments to move forward with this year’s event.

“[We] are sad to announce the suspension of the 2018 event due to funding restrictions,” read the letter. “Unfortunately, our club was unable to solidify the funds we need to provide the high-quality experience our community deserves.”

The club said it needs to raise around $200,000 to put on the event each year. While there was no admission charge for the event, the club asked that attendees donate a few dollars each to benefit charities, including Growing Futures, Sunflower House and the Future of Hope Fund. Over the years, Overland Park South Rotary has been able to give more than $1.5 million to such groups.

The club asked people interested in supporting those continued donations to consider making a gift this year, even without a festival planned.

“We do encourage you to donate to one or all of the above charities. Any donations we receive will be distributed evenly among the three,” read the letter.

Overland Park South Rotary has indicated that it hopes to bring the event back for 2019. An inquiry about when the club would be able to make a decision about whether to bring the festival back or not has not been returned.

The event was briefly rechristened “SoJo Summerfest” in 2016, but returned to its “Jazz in the Woods” format last year.